The Academy Awards have now been and gone and Green Book ended up being triumphant edging out Roma which was widely believed to be the front runner for the coveted gong. Here I rank the Best Picture nominees in order of my own personal preference. Unfortunately, I have only recently managed to finish watching these films, hence why this list is rather late. 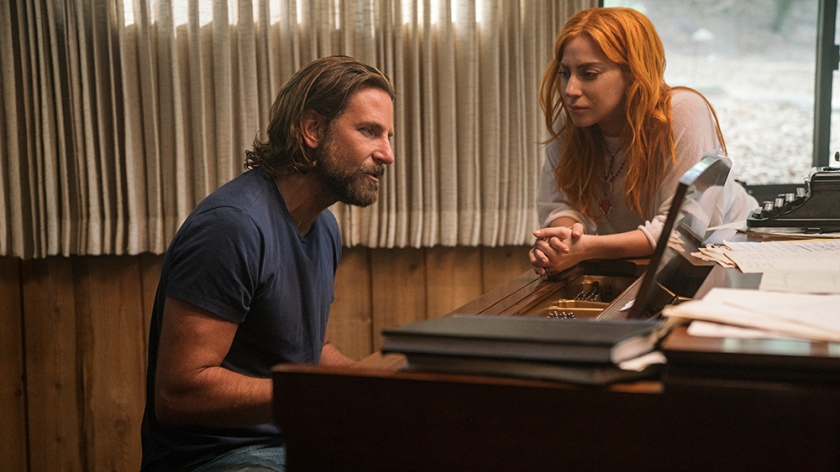 I don’t really understand the praise for A Star Is Born at all. Whilst it makes an admirable attempt to update the narrative that it is retelling and there are some great performances, particularly from Lady Gaga, I never really bought Jackson and Ally’s relationship. The numbers aren’t memorable and it is easy to tell that this has been directed by a first-time director, Bradley Cooper stepping behind the camera. Ultimately, A Star Is Born is just fine but not much more.

It is at this point that ranking the rest of the films gets pretty tough and many are interchangeable.

The Favourite is a good film and represents an interesting transformation for the period drama genre, making it feel rather contemporary. However, it is director Yorgos Lanthimos’ weakest film in that it lacks a lot of his signature style and it is tonally flawed. It also lacks the weight that his other films have such as The Lobster and The Killing Of A Sacred Deer and that is what made them so memorable and unnerving. Whilst it’s obviously great to see Lanthimos get Awards attention as he has deserved it for a while, it’s annoying that it’s for his weakest film and this is rather reminiscent of Christopher Nolan’s success last year for Dunkirk. I will certainly rewatch The Favourite again as there are things I think I will pick up from it on a second viewing but my first impressions are that is a suitably odd and strange work that lacks the heft of Lanthimos’ previous works. (My review here) 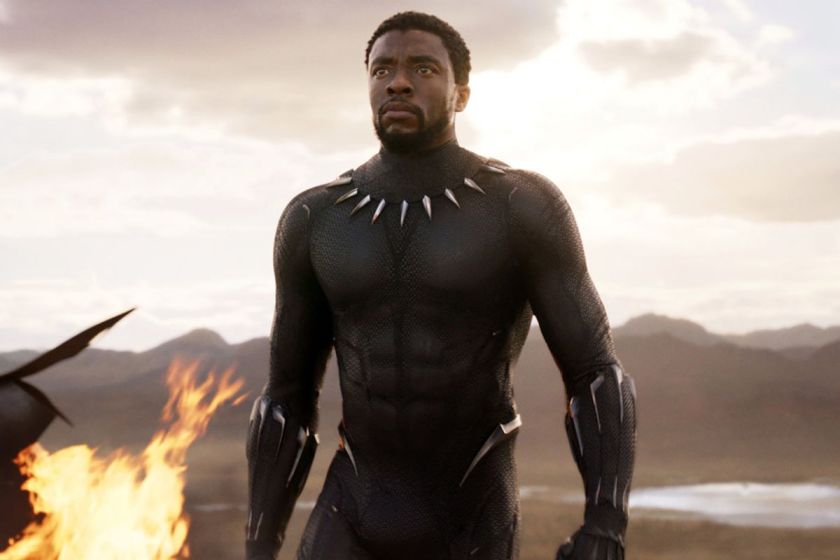 I really don’t understand the awards praise for Black Panther either. Although Black Panther definitely has some great moments, it is unfortunately very inconsistent, awkwardly paced and overly familiar. It’s not quite the fresh, subversive experience that was promised. The biggest problem is the narrative, which is all over the place and director Ryan Coogler seems to grapple with how best to pace the film. It’s a film that consistently seems to chop and change in its tone, from moments of wonder in the Afrofuturistic Wakanda to scenes of poverty and hardship in deprived areas. Coogler’s juxtaposition of the two extremes is obvious in the film’s narrative but it just doesn’t gel together and then when a third act storyline kicks in of feudal relations, it’s too little too late. Coogler has clearly been influenced from films such as The Lion King and the James Bond series of which there are odes to in the film, but Black Panther feels like its treading water between them. There have been many calls from fans and critics for superhero films to be taken more seriously. Unfortunately this film isn’t it and I wish that either The Dark Knight or Logan had recieved Best Picture recognition instead. In fact, the other two Marvel offerings from last year, Avengers: Infinity War and Ant-Man and the Wasp are stronger films than Black Panther! (My review here)

Vice is definitely watching alone for the Christian Bale performance and although Adam McKay’s directing won’t be to everyone’s tastes, he’s working with some strong material. It’s one of the lesser films this Awards season and the lavish praise this film has recieved is rather baffling. But taken on its own merits, this is an interesting and unconventional telling of America’s most powerful Vice-President in its history. There’s a lot more to like in Vice compared to Adam McKay’s previous Oscar-nominated film, The Big Short as it features a tremendous performance by Christian Bale and it tells an interesting story of his rise to power. However, it’s unfortunate that the film runs into pretty much all the same problems that plagued The Big Short as it also is rather disjointed in its pacing and similiarly boisterous in tone. There is no subtlety to McKay’s direction whatsoever and he drives his political message home with a sledgehammer throughout which often crosses the line of being preachy. Whilst there are a number of comedic moments that work, there are also moments where the film is aggressively unfunny.(My review here)

Bohemian Rhapsody is a well-crafted biopic that I was emotionally invested in for much of its running time. Rami Malek’s performance as Mercury is sensational and he completely inhabits the role, through his appearance, speech and mannerisms, capturing the late rock icon to a tee. The performances across the board are uniformly strong and Mike Myers is particularly good in a small role as a slimy EMI executive. Visually, the film looks good, for the most part Bryan Singer-regular, Newton Thomas Sigel’s cinematography is sound and the hair/make up and costuming are convincing, with the exception of Malek’s fake buckteeth at the beginning of the film which are a bit jarring. The film is sensible in its scope in terms of the events it goes through in the space of the 134 minute running time and achieves all the major beats in the band’s history, ending in Queen’s Live Aid performance and Mercury’s AIDS diagnosis. As a Queen fan, I’d have been more than happy to watch more if the film was longer and went into further detail but one must realise this film has to appeal on all levels. Bohemian Rhapsody is a rather sanitised affair though. Considering this is a film about a band that took risks, the film could have interrogated some of the events and the band members a little more perceptively. Other than Mercury, the rest of the band are portrayed pretty much as perfect individuals, which is not surprising that May and Taylor had a big influence and whilst Gwyilym Lee, Ben Hardy and Joe Mazzello are all very good in the roles, they don’t have all that much to do. Unlike many reviews, I found the major mis-step with the film to be the ending Live Aid concert, which goes on for a good 15/20 minutes. Newton Thomas Sigel’s cinematography in this sequence is rather too flashy for its own good, with too many aerial shots and it looks too digitised and the whole sequence almost borders on being a bit naff and karaoke-like. Flaws aside, I was surprised by how emotionally invested I ended up being in Bohemian Rhapsody and it does overall, more than manage to capture the overarching essence of the band and succeeds in how they interact, even if the film does end up playing things safe. (My review here)

BlacKkKlansman certainly maintains Spike Lee’s passions and although the film stumbles in its first half an hour or so, when we get to the heart of the story, it is a mostly gripping and infectious account of these events. When you’ve got material as fascinating as this, it’s hard not to make a gripping film. But I don’t think BlacKkKlansman ranks as one of Spike Lee’s best. It has the tendency to be rather preachy at times, ham-fistedly spelling out its message. It’s also rather unsubtle in how it’s trying to link to current events, namely the Trump presidency and America’s deeply divided culture and racism. BlacKkKlansman is definitely worth seeking out and most audiences should have a blast with it, as well as discovering and questioning the ways in which America’s society works, but it’s far from perfect. (My review here)

I’m not sure how to rank the final two films as both are excellent.

Despite a somewhat problematic white saviour narrative, on the surface Green Book is a thoroughly enjoyable film with some outstanding performances from both Mortensen and Ali. The script is sharp and provides some fascinating insights into this prejudiced culture. The interplay and relationships between characters is also excellent, who I really got on board with from the start. It is well-directed by Peter Farrelly and fantastically paced. Green Book provided a controversial win at this year’s Oscars as it ultimately took the coveted Best Picture gong. Whilst I really like it as a film, the controversies surrounding how it represents race and ethnicity are valid. It is unashamedly a white saviour narrative and the film does perpetuate stereotypes. These are questions that come up after watching the film and although it does somewhat tarnish the quality of the film, I’d be lying if I said I didn’t really enjoy Green Book. (My review here)

And the best film is… 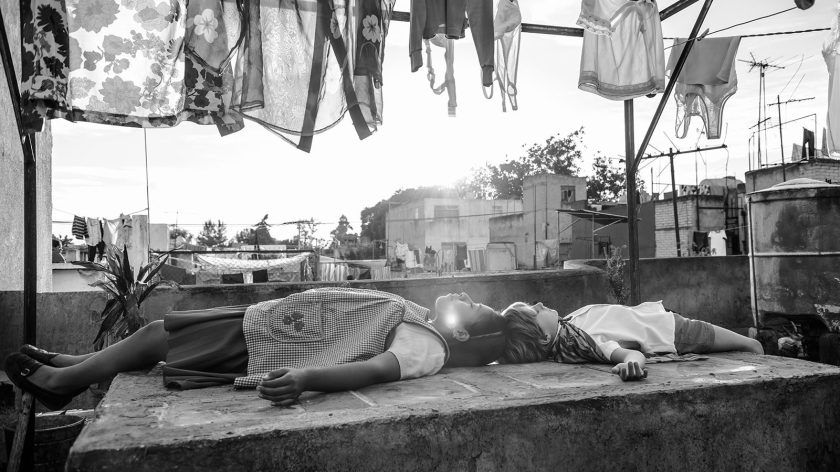 Viewers may well get frustrated with this film as it takes a while for the story to get going but Roma succeeds more based on the feelings of intimacy it provokes and the relationships between all of the well-developed characters. Especially once the film reaches a climactic event about two thirds of the way through, it is a masterfully haunting, meditative piece and deeply emotional. As to be expected, Roma is consistently visually arresting. Cuarón’s first time as cinematographer is an unqualified success who uses deep depths of field within each frame which give the film a personal, dream-like quality. The performances by the cast all round are excellent with Aparicio brilliant in the leading role as the reserved yet maternal maid who Cuarón digs deeper into her psyche as the film progresses. Equally impressive in her performance is Marina de Tavira as the mother of the family, a character who goes through her own upsets, but has a true respect for her family and the maids. Whilst it took a while for Roma to work its spell on me, when it did, I was utterly transfixed and resonated emotionally wih the film. I suspect on a second viewing, it’s a film that I could like even more when it begins to reveal its deeper meanings. It fully deserves all the Awards attention it is recieving and the film works both on a visual and narative level. (My review here)

Overall, this is a weak collection of films nominated for Best Picture and even Roma isn’t the strongest film to be nominated when you consider other films that have been in this category. For example, I think my top five nominees of last year’s batch would rank higher than Roma. Between the eight films on this list, there isn’t much in it in terms of quality particularly between the top seven and even the top films in this list have their own flaws.