Although July, the half-way point of the year has already arrived and it is now, August, I am now ready to share my Top Ten Films of 2016 so far. It is that time of year where many reviewers share their current best films of the year and reflect on what the year in film has been like so far. Although I’m late, I now feel pretty confident that I too am able to share my best films of the year so far. As is to be expected, there are still a few films that I am still yet to see but I have tried to get through all the films that I have been looking forward to or the reviews have been good for. However, as is always the case 9 times out of 10, the best film of the year ends up being the one you’ve never even heard of. As usual, I am following the UK release date calendar between January and June – as you are about to see, there are some Awards films included in this list but these have all been released within this time period in the UK.

As always, there are a handful of films that didn’t quite manage to make it into the Top Ten. They all had their specific problems, but the reason why I feel they should be listed as I found them all to either be entertaining, heartfelt or have some very interesting ideas even if they didn’t quite make it into the Top Ten. As I feel they deserve a mention, I will list them below: 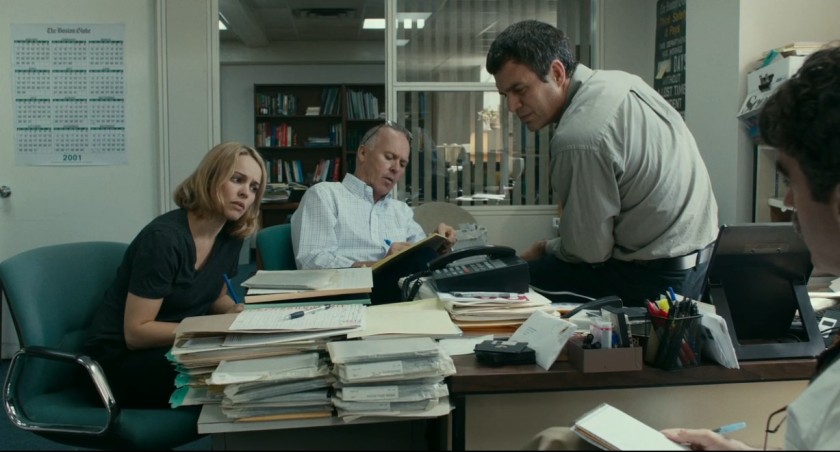 ‘Spotlight’ is an excellent film and really showcases the best in Tom McCarthy from his close direction to the excellent, tightly-packed script. The cast are wonderful and it manages to deal with such a sensitive subject matter in a very entertaining and satisfying fashion and once it gets going after establishing a context, it rip-roars right through to the end. However, my only criticism is that it doesn’t do a lot to set itself apart from other films of this genre. It follows the tried-and-tested formula all the way, as entertaining and satisfying as it is but that is why it doesn’t rank any higher. (Full review here)

I watched ‘The Witch’ fairly close to writing this on recommendation of others and it constantly being praised by critics. I have to agree as it is a very interesting piece of work that has been incredibly well-researched from debut director Robert Eggers and the script is very authentic. It’s not too scary (I think it has been wrongly marketed as an out-and-out horror film which it’s not) but Eggers is able to conjure a very intense and atmospheric tone and the film has some very interesting religious messages – it almost plays out like a parable at times. Although the cast aren’t particularly well-known, I think this film is going to allow them a breakthrough, in particular Anya Taylor-Joy and Harvey Scrimshaw, both very convincing young actors. The film does stumble a little in its mid-section where there are a couple of drawn-out conversations which don’t really go anywhere and as mentioned, the marketing for the film is very misleading – although the film is not a horror film, ‘The Witch’ is instead an extremely insightful, atmospheric and philosophical watch that deserves all the praise it is getting.

‘Zootropolis’ is a masterfully crafted film from Disney and is their best film since ‘Tangled’. What sets it apart from their other films is the fact this film’s story is completely different to anything they have ever done before and is a mystery that kept me guessing right to the end. The world that they have created here is very convincing and is a world that I would love to visit – the animation is that good! The voice cast here are also exemplary with the standouts being Jason Bateman, Idris Elba and J.K. Simmons, all three actors perfectly suitable to their respective roles. It is one of the best animated features of the decade. 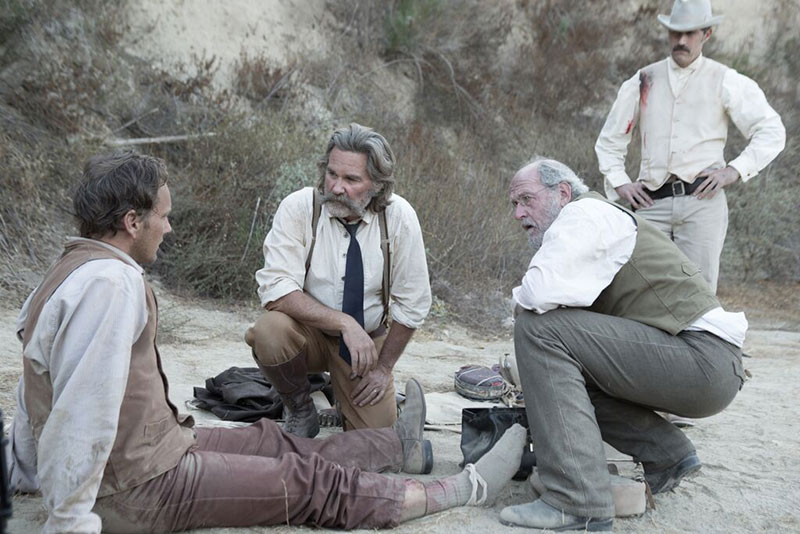 The first of three Westerns in this list, I watched ‘Bone Tomahawk’ fairly near the time to myself writing this and it is definitely one of the most interesting films of the year. This is the debut of writer / musician / director S. Craig Zahler and he really is a talent to look out for. Although overlong in its middle section, ‘Bone Tomahawk’ poses some interesting ideas and has a wonderful script penned by Zahler. The cast are brilliant with Patrick Wilson as the standout and by the film’s big third act reveal, the characters are so well-developed that we really care for them. That said, the film is overlong and there is no doubt about it but this film very deservedly earns it spot on this list. If you have been convinced to watch this, I would recommend reading Zahler’s novel, ‘Wraiths Of The Broken Land’ first to get a flavour for the fantastic dialogue and descriptions that he uses and then you will be able to see his genius translated into this film. 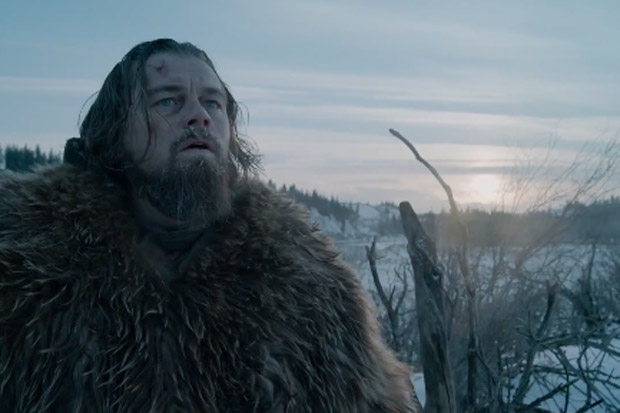 ‘The Revenant’ is a visually stunning film and it boasts many outstanding sequences. It has some excellent central performances and boasts original cinematography and an atmospheric score. Leonardo DiCaprio and Tom Hardy are both mesmerising here and Iñárritu has really developed as a director. The battle sequences are wonderfully crafted and there are some beautifully shot landscapes to create the film’s atmosphere by Emmanuel Lubezki who deservedly won his third Academy Award in a row. My only gripes with ‘The Revenant’ are its pacing is a little stretched at parts and its story is a little simplistic for a 156 minute running time. But the execution is where ‘The Revenant’ wows and it really is a work of art. (Full review here)

Into the Top Five and we have ‘Eye in the Sky’ which is a taut and heartfelt application of the effects of drone warfare that is morally conflicting and features some fantastic performances – it’s straight up there as one of the best films of the year and is just what Gavin Hood needed. It is expertly paced and runs an economical yet efficient 102 minutes, enough to make a lasting impression on audiences and poses lots of moral arguments. The only reason why it doesn’t quite earn a 5-star rating is because the film doesn’t really develop its characters too much and having slightly more of a human edge to the film wold have informed audiences more coherently as to why characters make the vital choices that they do. (Full review here)

’10 Cloverfield Lane’ is an incredible, intense Hitchcockian film that is taut and claustrophobic and gives us three fantastic performances from its trio. The script is absolutely terrific and it’s very easy to spot ‘Whiplash’ director, Damien Chazelle’s contribution. Dan Trachtenberg’s direction is very astute and assured and he will surely go on to do great things. It is a superb film and is 5-star material. Unfortunately, all this good work is undone by a very lacklustre final 15 minutes which is very haphazardly handled and tarnishes all the good work done and leaves a very sour note on all the development the film has undergone to set the audience up to its ending. However, just taking the film alone with the exception of this muddled ending, it is near-perfect. (Full review here)

Although perhaps a very surprising and out-of-place choice, I found ‘Grimsby’ to be one of the best comedies of the decade – it is consistently hilarious (although quite vulgar in parts) and the cast are wonderful, in particular the two leads, Sacha Baron Cohen and Mark Strong, who displays a real panache for comedic roles. Louis Leterrier has really developed as a director and seems to have a flair for comedy.  The film’s pacing is perfect and it is one of the very rare comedies that is consistently funny – thre is not one dull moment in it. However, the only criticism is that Leterrier still cannot quite grasp how to direct an action scene and this is a recurring theme in all of his films. It’s a real shame how this film has been almost completely misunderstood and has garnered rather mixed reviews, but I would definitely recommend giving it a shot! (Full review here)

Business as usual, ‘The Hateful Eight’ is another knockout from Tarantino – it’s bloody and gory, has fantastic speeches and an excellent story. It has some brilliant performances with the standouts being Samuel L. Jackson, Jennifer Jason Leigh, Tim Roth and Walton Goggins. It’s suitably gory and ramps the tension up with gusto and the film gets even better on each subsequent rewatch. There’s no doubt that the film is a little baggy and perhaps could lose 20 minutes – the film would be leaner and more heavy-hitting but as usual with Tarantino, the script is the gem and getting to know these characters and seeing them developed is a work of art and the film builds the suspense up very carefully. (Full review here) 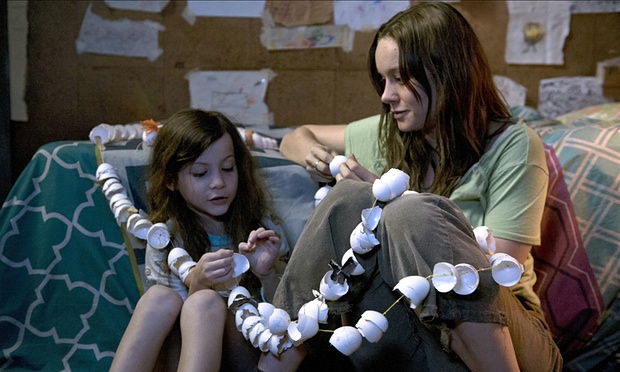 Very rarely would I say this, but ‘Room’ is a perfect film and deserves a 5 star rating. It is an inspiring watch and reaches various emotional heights. The performances from the cast all round are nothing short of incredible and Lenny Abrahamsson’s careful and assured direction works wonders. The film has a beaming heart at its core – at times the film is devastatingly sad and at others, warm and feel-good. There is never a dull moment – the film is expertly paced and takes ample time to develop its characters. (Full review here)

2016 has been a very solid year in terms of film – there is not one downright terrible film that I have come across yet, despite being disappointed and rather critical of a number of films this year. However, the films that I have been anticipating (mainly sequels) the most have either done well or completely missed the mark whereas films that I had never expected to like did. Note that there is only one sequel on this list – ’10 Cloverfield Lane’ and even that is more of a spin-off / spiritual sequel. I’ve really been impressed with the Western genre this year with three films (‘Bone Tomahawk’, ‘The Revenant’ and ‘The Hateful Eight’) all being extremely interesting and entertaining. However, the comic-book genre has been hit-and-miss this year – ‘Deadpool’ was disappointing and ‘X-Men: Apocalypse’ was close to unwatchable other than its first 45 minutes. But overall, 2016 is a strong year so far and I would hope to see many of these films in my list reappear at the end of the year.

2016 looks set to continue to be a great year in film and just listing a couple of films that look like they have potential include:

– Suicide Squad
– The Shallows
– Wiener-Dog
– Lights Out
– Sausage Party
– Captain Fantastic
– Blair Witch
– Imperium
– The Girl On The Train
– Doctor Strange
– The Light Between Oceans
– Fantastic Beasts and Where To Find Them
– Sully
– Rogue One: A Star Wars Story
– Assassin’s Creed