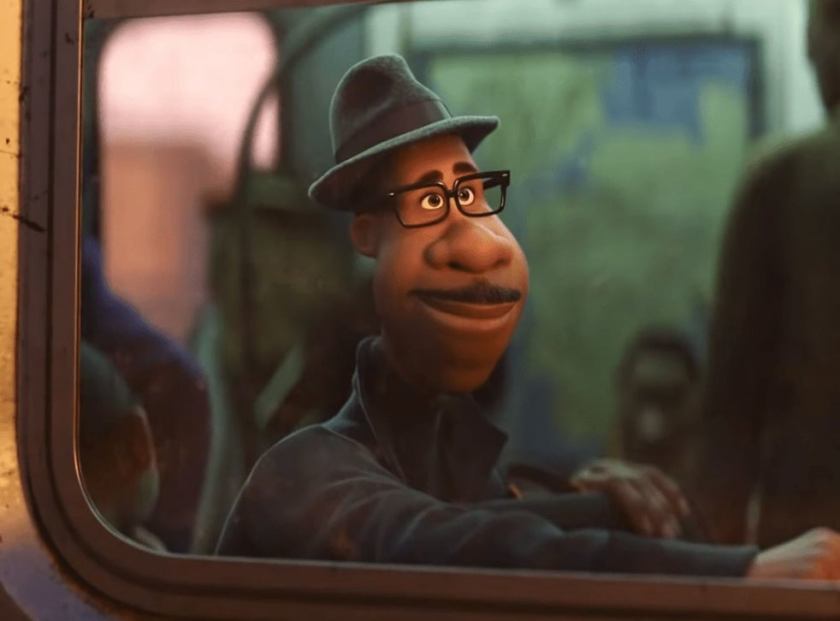 Soul is the second of two Pixar offerings this year, having meant to have originally release back in June but Disney witheld the film and have now chose to debut it on their Disney+ platform. Onward was their first and unfortunately set a new low for the studio. Pixar mastermind Pete Docter is in the director’s chair here, who has previously directed Monsters Inc and Up, two of Pixar’s top tier offerings, Up being my personal favourite out of all their films. He most recently was behind Inside Out which was also a very good effort and attracted unanimous critical acclaim, even if it’s not quite up there with his first two features.

Soul treads similar ground to Inside Out in that both explore cerebral concepts – this feature focusses on Joe Gardner (a passionate Jazz pianist voiced by Jamie Foxx) who needs to reunite his soul with his body after they are separated in a seemingly fatal incident. Joe cannot quite find his place in society and is always trying to get his big break, to fulfil his lifelong ambition of being a successful musician. Joe finds himself on an ominous escalator on the way to ‘The Great Beyond’ but deciding that he isn’t ready to accept his fate, manages to escape to ‘The Great Before’, a realm where souls create their personality before they are dispatched to Earth to live life. There, he meets an uproarious soul called 22 (Tina Fey) who has no desire to go to Earth (in many hilarious cutaways, we see her brush off famous historical figures who act as her mentor such as Mother Theresa and Albert Einstein) and Joe befriends her, seeing an opportunity to use her to return to Earth.

Soul is another winning original creation from Pixar and after a slightly shaky opening act on first viewing, finds its footing and often soars. Docter skilfully interrogates existential themes of what it means to be alive and all the emotions associated with it including anxiety and depression. This is a far more adult film than some of Pixar’s other offerings but the characters and gags here should still enthrall younger viewings, even if the loftier themes go over their heads.

Technically, as with most Pixar films, Soul continues to further the art of animation with some breathtaking sequences. Joe’s home city of New York appears startlingly life-like, particularly an establishing shot of the city towards the end of the film that is just mesmerising. The minute attention to detail in Joe’s numerous piano renditions is also awe-inspiring. Docter juxtaposes the beautiful real world animation with the ethereal ‘Great Before’ and ‘Great Beyond’ landscapes, which are more abstract and unsettling. Soul is beautifully complimented by an excellent score, Jon Batiste behind the original jazz arrangements and score of the real world and Trent Reznor and Atticus Ross behind the more atmostpheric and celestial themes of ‘The Great Before’ and ‘The Great Beyond’.

Ultimately, Soul is another very strong addition to the Pixar canon. It’s a shame this film couldn’t make it to the big screen and whilst its release on Disney+ seems rather unceremonious, it’s just what audiences need this Christmas in the time of the coronavirus pandemic. This is another heady film by Pete Docter and whilst its somewhat scattershot structuring doesn’t quite reach Pixar’s very best work, this is still one of the best films of the year.