With Christopher Nolan’s latest film ‘Dunkirk’ making a huge impression on the Summer box office, now would seem a suitable time to do a ranking of his filmography thus far. Nolan is my joint favourite film director along with Quentin Tarantino and I genuinely believe that the both of them consistently make extremely thoughtful and original films and both are yet to make a ‘bad’ film. Even the weakest film on this list, I still enjoyed. So without further ado, here is how I would rank Nolan’s films.

Please note that I am yet to see ‘Following’, his debut feature so as of present, it doesn’t feature in this ranking.

Whilst there is undoubtedly a lot to admire in ‘Dunkirk’, unfortunately I also have a lot of problems with it. It’s not a bad film by any means but Nolan misses the mark for me in a story that is too ambitious and hard to have any care towards. I can’t quite put my finger on it but the actual tone of the film seems off and I didn’t really find myself caring much for not just the characters but the actual event as the approach for me felt too conservative. It’s a very strange approach to take and I applaud Nolan for taking it but along with other reasons which I will discuss, I couldn’t find an emotional response. I’d still recommend going and seeing it as it is a story that needs to be told and there are quite a few nice moments but ultimately, the film left me rather cold in its depiction of this momentous event. Also, it is his newest film and I have only seen it once so perhaps it warrants further viewings. (Review here)

Now for the excellent films…

Already, I’m very stuck on how I would rank the next three entries in this list but I have to go with ‘The Dark Knight Rises’ for 8th place, Nolan’s final film in the superb ‘The Dark Knight’ trilogy. It rounds off the trilogy extremely well and features many memorable moments and isn’t your typical three-quel – Nolan develops the character of Batman a lot. Tom Hardy’s villainous Bane is another highlight and although not quite as good as Heath Ledger’s Academy Award winning turn as The Joker in ‘The Dark Knight’ proves a more physical enemy for Batman. The reason why it ranks a little lower in my list is because it is overlong at a rather mammoth 165 minutes but boy, does Nolan do the trilogy justice!

‘Batman Begins’ is the film that started the trilogy and propelled Nolan more into the mainstream. Nolan’s origin story was a first for a comic-book film and although definitely overused now, he implements it extremely well. The performances in this film are across the board outstanding and Nolan’s sense of realism really gave the comic-book film more respect from both fans and critics alike. It too features many memorable moments and a handful of sinister villains. Compared to the rest of Nolan’s films and the reason why it’s 7th is because it is a little simplistic compared to some of the labyrinthine plotting that Nolan is most famous for. But compared to many other films, it is still far more intelligent.

There is now a big step-up in quality… 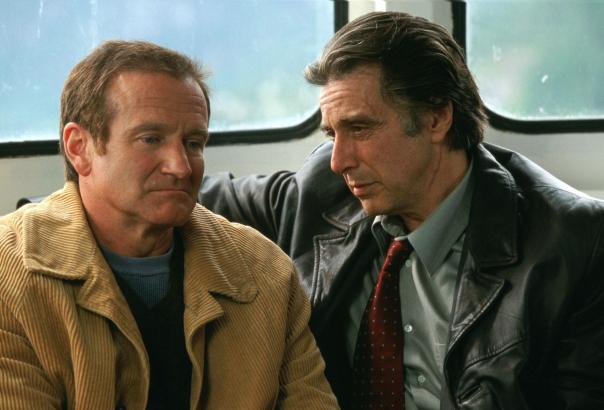 ‘Insomnia’ is generally regarded as Nolan’s weakest film but is still reviewed very positively. I think it’s a little bit of an unfair judgement to be fair as I think ‘Insomnia’ is a fantastic film. It features great performance from all of its cast and Robin Williams particularly gives a memorable performance in a very different role that he would normally take. It does a brilliant job of invoking a sense of paranoia and offers many moral questions to its audience. One also has to remember that ‘Insomnia’ is a remake of the Swedish film of the same name so for a remak to not just be good, but great is no short feat.

We now reach the almost-perfect films…

‘Memento’ is Nolan’s second film after ‘Following’ but first with a fair budget and a well-known cast. ‘Memento’ is highly original in having its narrative play backwards and also experimenting through colour. It’s an ingenius concept and ‘Memento’ really put Nolan on the map of filmmakers to take seriously. Guy Pearce is excellent as the amnesiac Leonard and the film packs some truly wild twists and turns. If you want your first film to watch from this director, this is a great place to start.

‘Interstellar’ is pretty much perfect for most of its lengthy 168 minute run time, until it reaches the last half an hour or so which become ridiculously complicated, bamboozling and its last scene a little too neat. But for most of the feature, Nolan doesn’t put a foot wrong and ‘Interstellar’ is extremely atmospheric and has some stunning cinematography by first-time Nolan collaborator Hoyte van Hoytema after departing from Wally Pfister who shot the rest of his preceding films. Matthew McConaughey gives a fantastic performance as Cooper who is endlessly empathetic and there is a career best performance by a very famous actor who to reveal would be a spoiler for the film. There are frequent moments of awe-inspiring shots and Hans Zimmer’s score is also extremely memorable. It’s my favourite film of 2014 and it would be perfect if it ended as perfectly as the rest of the film.

‘The Prestige’ is a perfect film and is endlessly rewatchable. The plot is a masterclass by Nolan and compared to a lot of his other films, is rather small in scale. Hugh Jackman and Christian Bale both give tremendous performances in the lead role and the late David Bowie also stands out in a small role as Tesla. The film has many revelatory twists and features one of the best endings to a film ever. It’s a bit of a shame it’s never quite got the recognition it deserves, presumably being released between two Batman films which are always going to be hotter property. But this is a gem of a film and one not to be missed.

‘The Dark Knight’ is the best comic-book film of all time. There, I said it. And there’s a reason why this film is constantly the benchmark that the sudden influx of comic-book films strive towards but can never quite reach. It’s not just perfect as a superhero film, it’s perfect because Nolan continues in his quest for utmost realism and also Nolan goes for more of a crime film, only it just happens to have a superhero starring in it. Heath Ledger’s performance as The Joker is nothing short of incredible and is not just one of the best comic-book villains but one of the best villains of all time. It is a staggering achievement and it too packs its own collection of twists and turns in its story. An absolutely mesmerising film.

And the best Christopher Nolan film is… 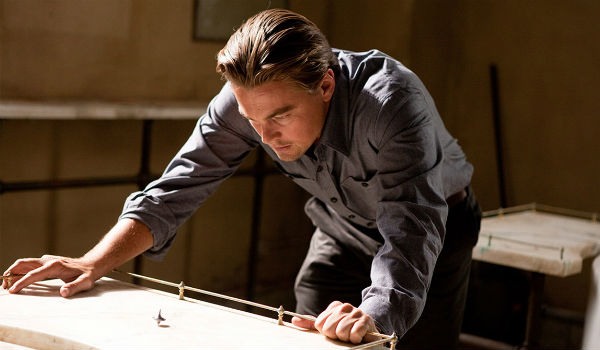 For me, Nolan’s best film is ‘Inception’. It has an incredibly layered and grounded plot and is breathtaking throughout. Wally Pfister’s cinematography here is genius and there are many moments where the film is visually arresting. The performances throughout are fantastic and the characters are all really well developed. This is filmmaking at its finest and particularly in the run-up to this film, many blockbusters were big, dumb, fun affairs but Nolan proves to the film industry that blockbusters can be smart and still make money. It also proves that his Batman films weren’t just a one-trick wonder. An utterly spellbinding film and one that if you haven’t seen yet, I urge you to watch it right now!

8 thoughts on “Ranking The Films Of Christopher Nolan”