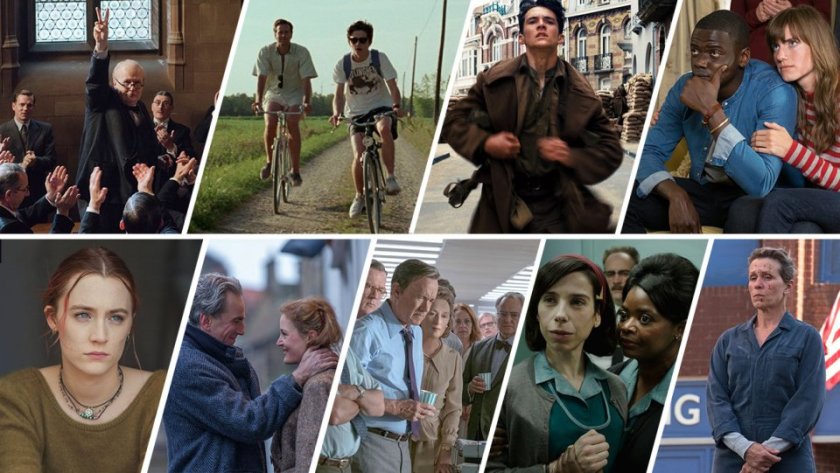 The Academy Awards have now been and gone and The Shape of Water ended up being triumphant edging out Three Billboards Outside Ebbing, Missouri which took the Golden Globes and BAFTA’s by storm. Here I rank the Best Picture nominees in order of my own personal preference. Unfortunately, I have only recently managed to watch The Shape of Water and Call Me By Your Name hence why I am a little late. 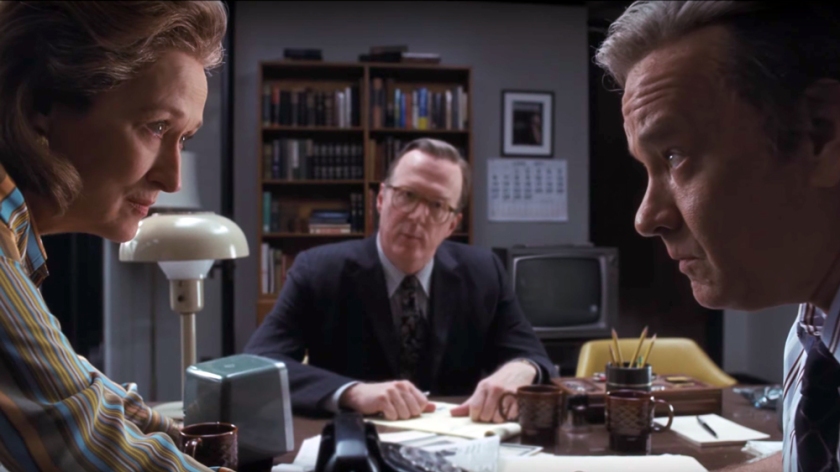 Unfortunately, Spielberg’s rush to get the film has got the better of him as The Post is painfully mediocre. The film tries to make itself more important than it is and whilst the subject material is very compelling in itself, the way in which the film has been constructed is never gripping. Other than a strong scene near the beginning with acquisition of the documents, the first half of the film is very clunky and strangely, almost devoid of any tension. Whilst The Post does manage to find its footing a little more in the second half, the film is never as fascinating as it should be and feels very contrived. (My review here) 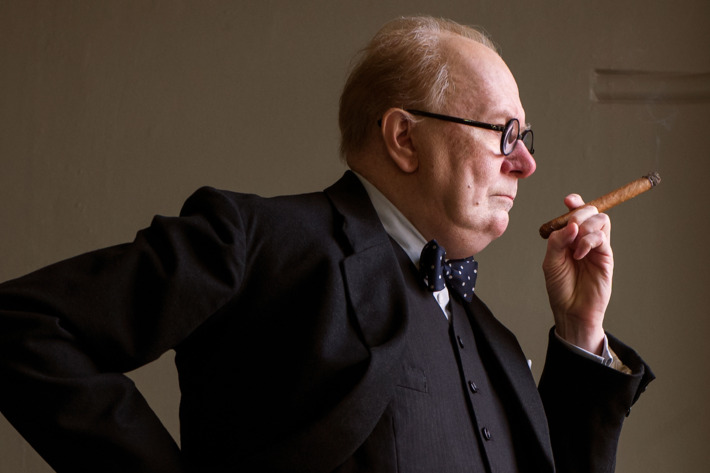 Much has been made of Darkest Hour for Gary Oldman’s transformative and unrecognisable performance as Winston Churchill in Joe Wright’s new film, Darkest Hour, who completely disappears and inhabits the role and deserved his Best Actor win. However, in terms of how Darkest Hour functions as a piece of cinema though, it has some serious problems. From a historical viewpoint, the film is codswallop. A train sequence in particular towards the end of the film, pretty much derails the entire film from its tracks and it loses virtually all credibility. I could never get back on board with the film after this sequence threw me out so much and it hurts what is already a fairly mediocre film. (My review here) 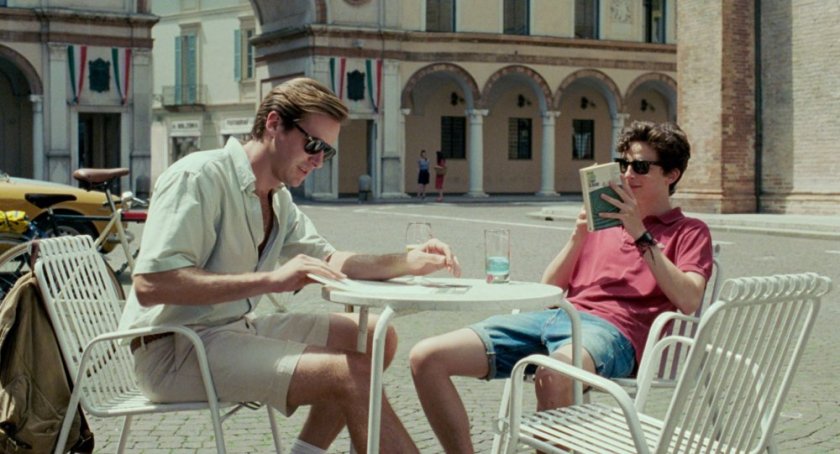 Call Me By Your Name is a mature exploration of sexuality and is particularly well and sensually directed by Luca Guadagnino, who fully captures the hot Italian climate as every frame feels opulent and sundried. The performances across the cast are all solid, with Michael Stuhlbarg the standout as an onlooking father. However, I wasn’t wowed by the film as a lot of people have been as it is rather langorous in pace at times and I just didn’t find as exciting or innovative as some of the other films featured on this list. But I certainly have a degree of respect for this film.

There is now a big step up in quality… 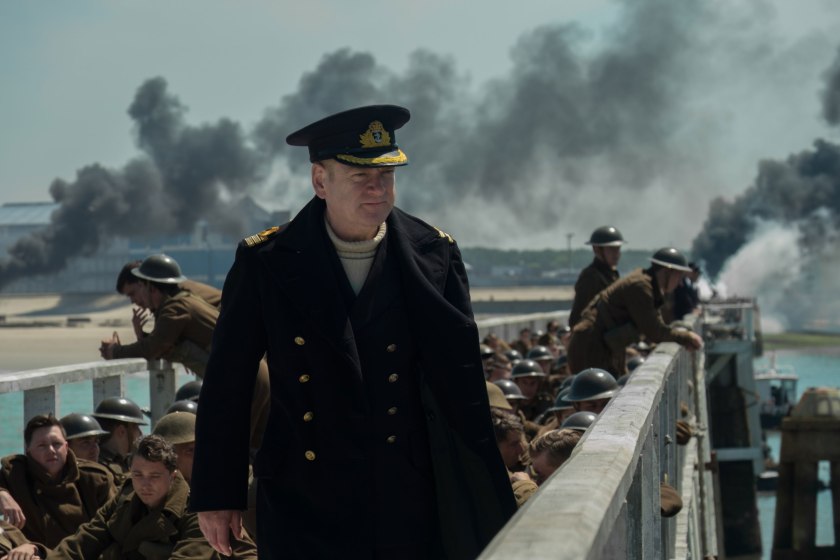 A list where a Christopher Nolan film is only seventh! Whilst there is undoubtedly a lot to admire in ‘Dunkirk’, unfortunately I also have a lot of problems with it. It’s not a bad film by any means but Nolan misses the mark for me in a story that is too ambitious and hard to have any care towards. This was a point that kept cropping up in a lot of the more lukewarm reviews that I read prior to watching the film and I got a little bit annoyed as it seems as if those reviewers want convention. I can’t quite put my finger on it but the actual tone of the film seems off and I didn’t really find myself caring much for not just the characters but the actual event as the approach for me felt too conservative. It’s a very strange approach to take and I applaud Nolan for taking it but along with other reasons which I will discuss, I couldn’t find an emotional response. (My Review here)

Now we get to the excellent films:

It is at this point where this list gets excruciatingly tough and not as clear-cut as the other films in this list. I think the next five films are all outstanding and having to rank them was nigh-on impossible. There is every chance that the order of these five films could change and every notion that what is at fifth could become first – I just don’t know. For now, I’m basing it on gut feeling. 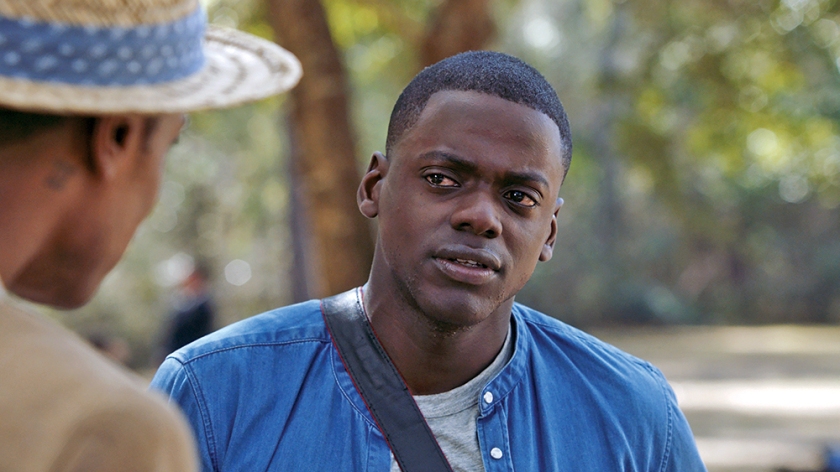 Get Out is an innovative and intelligent comedy-horror that is meticulously crafted and endlessly cine-literate. The concept behind this film is very original and is highly critical and satirical of the post-Obama presidency. Rose’s father even states in a recurring line that he “would have nominated Obama for a third term.” Its final third is particularly impressive as the narrative starts to gradually unravel, culminating in a collection of shocking sequences. It also features an interesting score by Michael Abels that is an eclectic mix of neck-prickling strings and melodic themes. The cinematography by Toby Oliver is also thoughtful and well-judged.  (My review here) 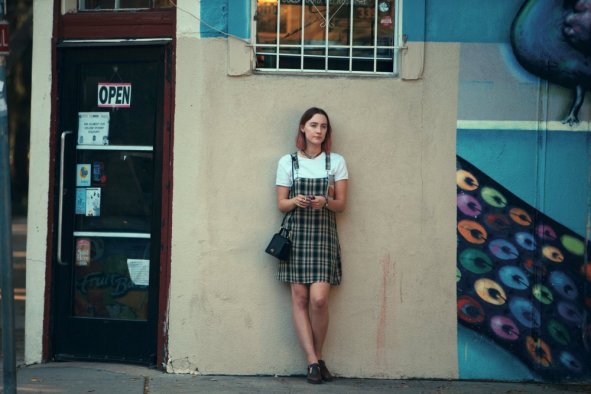 Lady Bird, the directorial debut of actress / writer Greta Gerwig, is a beautifully humane coming-of-age story of a teenager whose strong personality conflicts with her mothers equally volatile temper. It makes for a fascinating character study, containing plenty of scenarios and vignettes that run true to many home experiences of growing up. Gerwig’s script is particularly polished, mostly avoiding cliche, which keeps the story fresh and makes for a deeply personal insight into the film’s setting of Sacramento, where Gerwig herself grew up. Due to this great script, all of the cast excel in their roles with some brilliant performances from Saorise Ronan, Laurie Metcalf and Tracy Letts. (My review here) 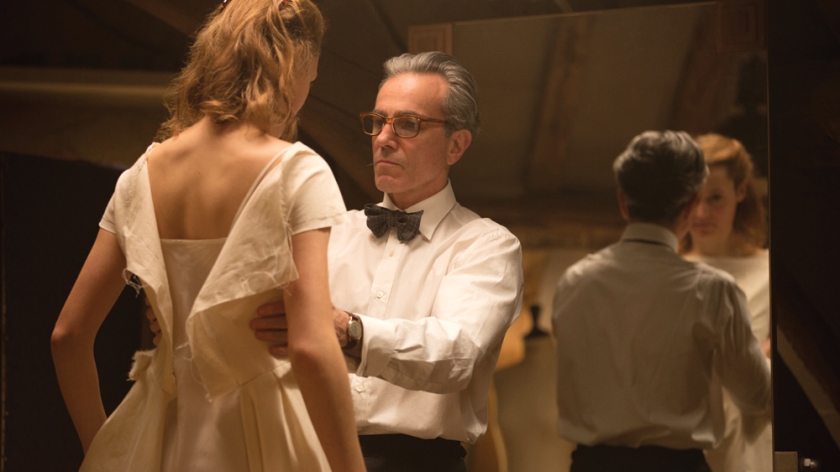 Phantom Thread, for the majority of its run time, is engrossing and a masterclass in filmmaking. Just like Anderson’s other films such as There Will Be Blood and The Master, Phantom Thread is thematically rich, interrogating themes of duality and what it means to be in a relationship. It manages to balance its realism with fantasy and the film at times, evokes a Brothers Grimm tale. On one side of the spectrum, there are equisiste scenes of women being dressed up to impress their Princes and on the other, seemingly innocent women mushroom-picking in the forest. This Brothers Grimm quality to the film is juxtaposed by a Hitchockian / Kubrickian tone of voyeurism, mystery and intrigue. I’m just a little unsure on the direction the film heads in its final act, as it doesn’t quite conform to the neatness the first two have. I suspect on further rewatching, this film will continue to unpack itself and there is a lot more to gain from it. (My review here) 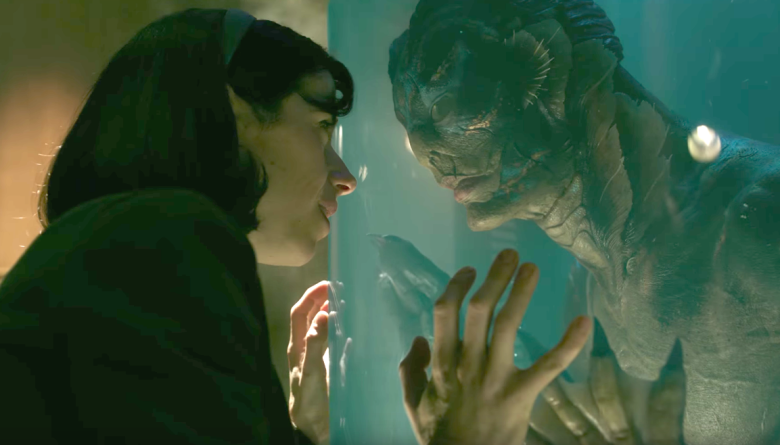 2) The Shape of Water

The Shape of Water is a beautiful triumph from visionary director Guillermo Del Toro, who once again successfully interweaves and juxtaposes the supernatural to reality. The film takes inspiration from The Creature from the Black Lagoon and through Del Toro’s love of early cinema, infused with his darker work such as Pan’s Labyrinth and The Devil’s Backbone. The performances are all top-notch (although I think Michael Shannon, Michael Stuhlbarg or Doug Jones should have been nominated for Best Supporting Actor, not Richard Jenkins) and I was hooked by the film throughout. It’s also got a wonderful score by Alexandre Desplat and is beautifully shot by Dan Laustsen. The Shape of Water is Del Toro’s best English-language film, though I think Pan’s Labyrinth remains his magnum-opus. (My review here)

And the best film is… 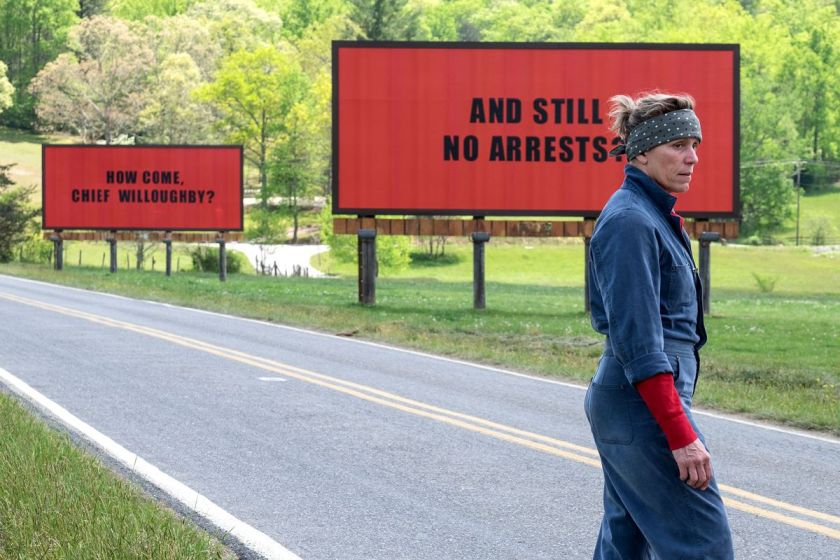 Three Billboards Outside Ebbing, Missouri proves McDonagh’s writing talent again and then some. McDonagh has such a great ear for dialogue in this film and there are so many wonderful exchanges of dialogue between characters. It is frequently comic, always entertaining and what I particularly love about this film, is it takes many unexpected diversions in its narrative. The film leads you to believe a certain plot point will go in one direction, but McDonagh in multiple instances, subverts expectations and this makes this film all the more fresh. There are many moments where I was genuinely in awe and shock. It is a biting drama about murder, investigating and how people have multiple sides to their personality. (My review here)

Overall, this is a mostly strongest collection of films nominated for Best Picture and certainly in my opinion, to have five out of nine be films that I love is very promising. That is of course, with the exception to Darkest Hour and The Post, both films which I can’t understand why they feature. The Shape of Water ultimately won the coveted award, which many took offence to, but it’s a deserving winner and rectifies the problem of some of Del Toro’s previous works being grossly misunderstood and underappreciated. That said, any of the top five would have made worthy winners.