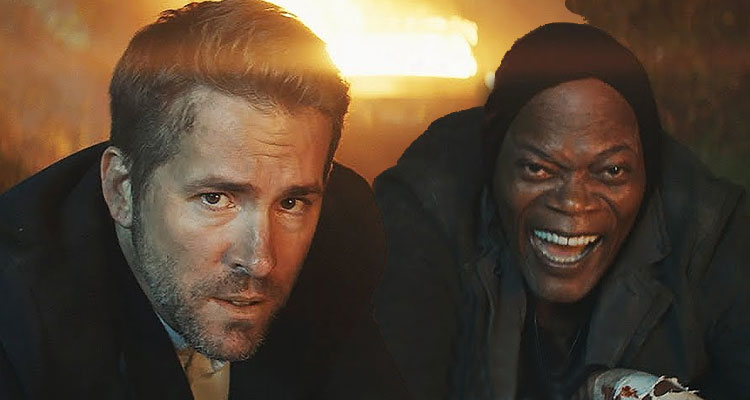 ‘The Hitman’s Bodyguard’ is frankly, a terrible title for a film but if you look beyond this oversight, what you get here is what seemingly appears to be an old-school throwback 80’s style action film with two wisecracking actors, Ryan Reynolds and Samuel L. Jackson. The film has looked like an extremely fun film from its trailers with plenty of swearing and violence thrown in for good measure.  The story is rather run-of-the-mill where Reynolds and Jackson’s characters have to put aside their differences to take down a ruthless, merciless Belarussian director played by Gary Oldman. Where the film looks a little less promising is behind the scenes. The film is directed by Patrick Hughes of whom this is his third title to his belt after ‘Red Hill’ and the utterly awful ‘The Expendables 3′. Hughes’ career has been pretty patchy to say the least so far so one has to be weary of this film as a trailer can always look good but the film could be just as incoherent, humourless and overlong as the latter.

‘The Hitman’s Bodyguard’ doesn’t break any new ground and is quite simplistic on the narrative front. That said though, it is ashamedly enjoyable, the leads have fantastic chemistry and it’s really quite funny in parts. The film is a little wearing in places and overlong but Hughes actually has been able to craft a good-enough film here. He even shows considerably flair for the action sequences which are finely crafted. I was never bored throughout the film and it always managed to grab my attention.

The performances are what really propel this film and without the electric chemistry shared between Reynolds and Jackson, ‘The Hitman’s Bodyguard’ could have had a very different critical fate. Both Reynolds and Jackson play themselves in effect and both characters are suitably developed so we actually care for them as the film progresses. In particular, Samuel L. Jackson in great in anything he’s in and here is no exception. Out of the rest of the cast, Salma Hayek and Elodie Yung fare the best, the former as Jackson’s wife and the latter, Reynold’s ex. Gary Oldman is suitably ruthless as the over-the-top villain.

Perhaps the most impressive aspect of the film is in conjunction with the strong characters are the action sequences. An extended sequence set in Amsterdam later into the film is particularly impressive and I was really impressed with the camera work by Jules O’Loughlin and playfulness of the action being portrayed on-screen. Compared to ‘The Expendables 3’ which was lazily crafted and its action incoherent due to there being far too many edits, O’Loughlin manages to have a good variety of camera trickery. It’s a brilliant sequence that manages to blend action film tropes, innovation and stakes for the well-developed characters.

‘The Hitman’s Bodyguard’ is luckily not the disaster it could have been and whilst it holds its badge of pride high and it is a little obnoxious tonally, it is generally really solid and always fun. Reynolds and Jackson really help to anchor this film and combined with some thrilling action sequences elevate the material that these filmmakers had to work with. Had these two aspects not been so good, the film could seriously have suffered. I feel rather ashamed to have liked it as much as I did but ‘The Hitman’s Bodyguard’ ultimately makes for a dumb but fun Summer action flick with a beaming heart.

One thought on “The Hitman’s Bodyguard (Review)”