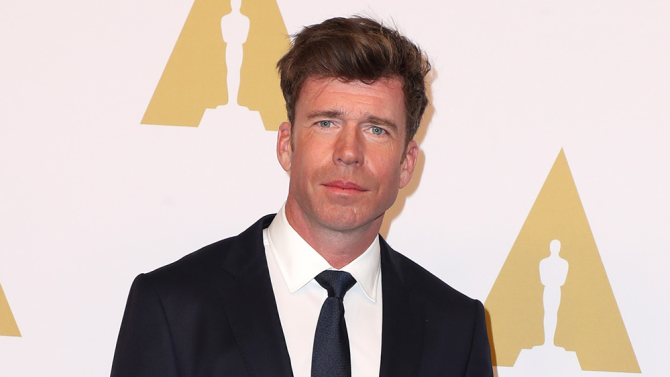 There’s a new film called ‘Wind River’ releasing in the UK this week, a murder mystery thriller that has so far recieved very favourable reviews. The typical reasons this film might pique your interest could be due to its strong cast which includes Jeremy Renner and Elizabeth Olsen or that it is the latest film to be distributed by the Weinstein Company. If you do go and see it, what I think is the main reason and the basis for this ‘Focus’ post is in its writer-director Taylor Sheridan. Sheridan is most famous as a writer who has been behind some outstanding films over the past couple of years and now looks set to make his directorial debut.

Texas-born Taylor Sheridan began his film career as an actor, most notably in ‘Sons of Anarchy’ as David Hale. His big break however, came in 2015 which saw the release of Denis Villeneuve’s ‘Sicario‘ to which he wrote the script. ‘Sicario’ was one of my favourite films of 2015 and it is an extremely dark and bleak take on the Mexican cartel. It is also Sheridan’s debut script for a film and allegedly the first script he had ever written. Whilst I admired the film for focussing more on actions and body language of its characters as opposed to pure dialogue, Sheridan’s narrative is mightily impressive and the film has some well-executed twists and turns. The film impressed me more though by its performances, direction by Denis Villeneuve, cinematography and score.

Sheridan firmly got me gripped though last year with his next script ‘Comancheria’ which was then retitled to ‘Hell or High Water’. It is a near-perfect film (one of my favourite films of last year) and manages to juggle all the best elements of a rural Western / revenge thriller whilst standing out on its own. Sheridan revisits the Western theme but it is a far more emotive film than ‘Sicario’ as itt tackles a multitude of thematic elements and is very poetic in its narrative. Sheridan’s ear for dialogue also blew me away and there are many moments in the script which are just perfect. Part of why Sheridan’s influence is able to seep through more in this film than ‘Sicario’ is perhaps due to its director, David Mackenzie not being quite as commanding as Villeneuve, a real auteur whose films are all very dark and moody. That’s not to knock Mackenzie at all who is a fine director but ‘Hell or High Water’ really balances the influences of its crew more. Sheridan rightly earned his first Oscar nomination for the script for this film and the film earned many Awards nominations including Best Picture.

‘Wind River’ is targeted as Sheridan’s directorial debut, another thriller set in rural America which he has also written. If Sheridan can pull off three-for-three, I will be deeply impressed considering how highly I rate ‘Sicario’ and ‘Hell or High Water’. Early reviews would suggest this to be the case. 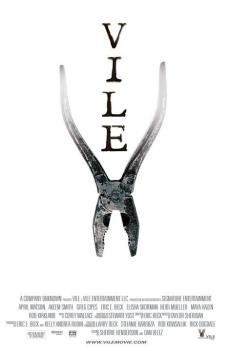 However,  Sheridan has directed before. He directed a micro-budget horror film in 2011 called ‘Vile’ before turning to screenwriting. ‘Vile’ was panned on its release and was released at a time where the horror torture-porn genre was lacking in originality. It’s interesting that he has tried to hide this film, instead referring to ‘Wind River’ as his directorial debut presumably to strengthen his credentials and his natural progression to this job from his other two films that he had written. Sheridan isn’t the first person to have done this – look at James Cameron for example with ‘Piranha II: The Spawning’ – little did people know at the time he would make hit films such as ‘Terminator’ or ‘Titanic’.

So if you do get a chance to watch ‘Wind River’ in cinemas, remember to take note of the hopefully excellent script and direction by this very talented individual. Sheridan has also written the script for ‘Soldado’ which is the sequel to ‘Sicario’ due next year and hopefully if ‘Wind River’ is as good as the reviews suggest, he gets more credit for his talents.

‘Wind River’ will be released in UK cinemas on Friday 8th September.