Although July, the half-way point of the year has already arrived and it is now August, I am finally ready to share my Top Ten Films of 2018 so far at the half-way point. As is to be expected, there are still a few films that I am still yet to see but I have tried to get through all the films that I have been looking forward to or the films that reviews have been good for. As usual, I am following the UK release date calendar between January and June. As you are about to see, there are some Awards films included in this list but these have all been released within this time period in the UK.

As always, there are a handful of films that didn’t quite manage to make it into the Top Ten. They all had their specific problems, but the reason why I feel they should be listed is becuase I found them all to either be entertaining, heartfelt or have some very interesting ideas even if they didn’t quite make it into the Top Ten. As I feel they deserve a mention, I will list them below:

– Sweet Country
– Deadpool 2
– Hereditary (that first half is too good) 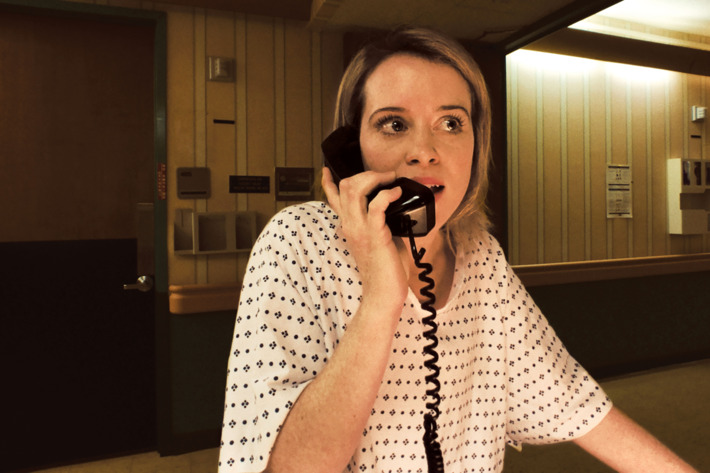 The ever-dependable Steven Soderbergh returns with this psychological thriller shot on an iPhone. Unsane stars Claire Foy as a woman who is confined to a mental institution where her alleged stalker reappears. The film revolves around the age-old idea of who is in the right and Soderbergh once again, creates a twisty narrative that had me enthralled pretty much throughout. Foy is excellent and there are good performances by Joshua Leonard and Jay Pharoah here too. The film dips a little in its climax where the narratives becomes increasingly implausible but Soderbergh does a very good job with the vast majority of the film for it to sneak in to no. 10.

Hostiles is another winner from director Scott Cooper who continues to prove why is he is one of Hollywood’s most exciting directors working today. This Western is a visceral, downbeat and often gut-wrenching watch. There are many scenarios and moments in the film that are emotionally sapping and Cooper puts these characters through hell. Cooper again, manages to get the best out of his actors. The three leads – Christian Bale, Rosamund Pike and Wes Studi, are all on top form, all giving career-defining performances. The film follows Christian Bale’s Captain Blocker who is forced to escort a cancer-ridden Cheyenne tribe chief (Wes Studi) back toh is homeland, an individual who Blocker bears a grudge with. Bale’s Captain is gruff, sombre and constantly thrown arduous challenges both mentally and physically. Rosamund Pike’s character brutally loses all of her family in the very memorable first scene of the film and is psychologically damaged and tormented. There is one moment in particular when she first lays eyes on Studi’s tribe which reminds her of past horrors which the actress conveys brilliantly. It is testament to Wes Studi’s performance as Yellow Halk how much of an impression he is able to make – the character is underwritten but Studi is really able to do a lot with the role and manages to convey the bittersweet juxtaposition of his family beside him and the cancer eating away at him. Studi’s performance allows one to imagine how ruthless this war chief may have been back in his day but now is a more mellow, world-weary individual who simply wants to return to his homeland with his family. Technically, the film is excellent with a searing score by Max Richter and it is beautifully shot by Cooper regular Masanobu Takayanagi. On repeated rewatches, I always find something new in this film and despite it being a little muddled in its narrative structure, it is an excellent film. (Full review here)

8) All The Money In The World

All The Money In The World is overall, immensely enjoyable and a fun potboiler. It is frequently gripping and is propped up by the brilliant cast. Scott has had a varied career, Alien and Blade Runner at his peak, Kingdom of Heaven and Robin Hood at his worst and then, many of his films fall in between with ambitious ideas but not necessarily great execution a la Alien: Covenant. All The Money In The World ultimately proves to be one of Scott’s best films and proves that with the right script and the right cast, he can still churn out greatness. Last-minute replacement Christopher Plummer is excellent as J. Paul Getty, as is Michelle Williams as her kidnapped son’s mother who just wants him back but cannot afford the hefty ransom. Although the film will be remembered for its behind-the-scenes shake-up with Kevin Spacey, the film is fantastic in its own right and should be viewed as such. (Full review here)

Last Flag Flying really knocked me back. Boyhood director Richard Linklater has crafted a bittersweet and warm tale of friendship and coming to terms with loss that is very mature. Yet, the film also has bite in its conflicted commentary of military service and patriotism. The performances by the entirety of the cast are superb and of course, the trio of Steve Carrell, Bryan Cranston and Laurence Fishburne have such good chemistry together. All of the characters are so well developed that when the film finished, I could have easily watched another two hours of these characters interacting with each other. They are all morally flawed individuals, who have all made mistakes in the past but they all have good intentions. It’s a brilliant film and one that I highly recommend seeking. (Full review here) 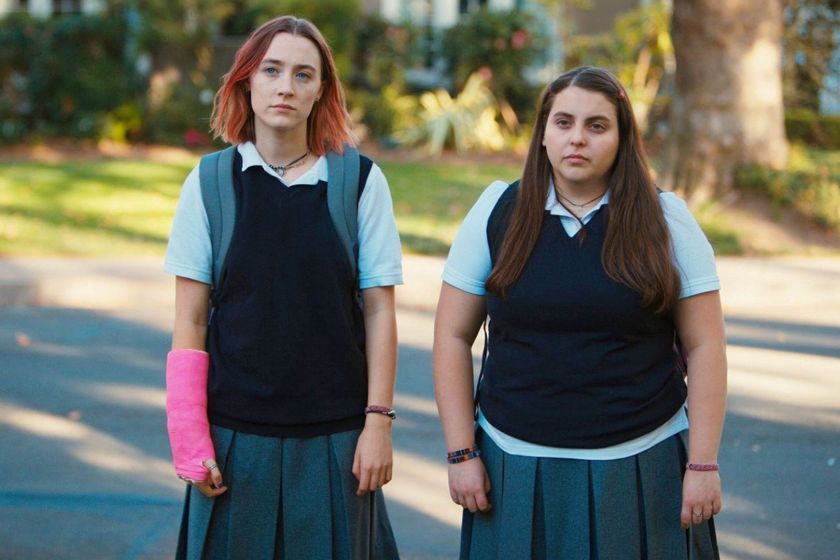 Lady Bird, the directorial debut of actress / writer Greta Gerwig, is a beautifully humane coming-of-age story of a teenager whose strong personality conflicts with her mothers equally volatile temper. It makes for a fascinating character study, containing plenty of scenarios and vignettes that run true to many home experiences of growing up. Gerwig’s script is particularly polished, mostly avoiding cliche, which keeps the story fresh and makes for a deeply personal insight into the film’s setting of Sacramento, where Gerwig herself grew up. (Full review here)

Phantom Thread represents yet another high for director Paul Thomas Anderson and is a fantastic note for Daniel Day-Lewis to go out on, should this in fact be his swansong. It makes for a masterful character study and a real treat for cinephiles. Two thirds of this film is pretty much note-perfect but I’m just a little unsure on the direction the film heads in its final act, as it doesn’t quite conform to the neatness the first two have. I suspect on further rewatching, this film will continue to unpack itself and there is a lot more to gain from it. (Full review here) 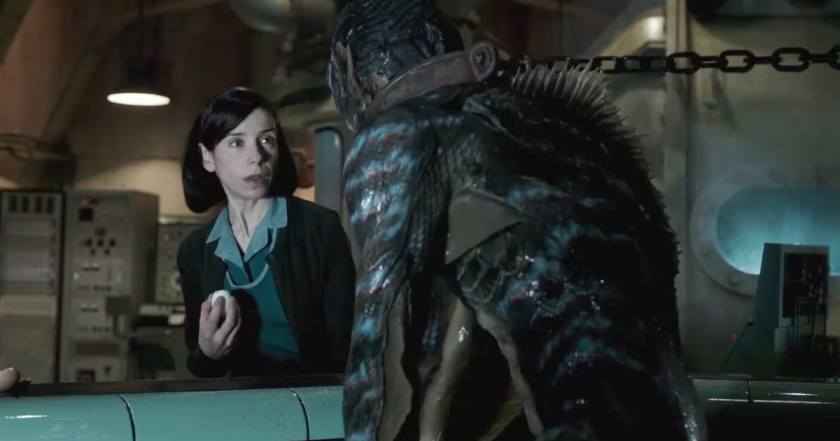 4) The Shape Of Water

The Shape of Water is a beautiful triumph from Guillermo Del Toro, who once again successfully interweaves and juxtaposes the supernatural to reality. Del Toro has clearly been inspired from The Creature from the Black Lagoon, a film that he wanted to remake from a female perspective but wasn’t allowed. As well as this inspiration, Del Toro’s film is a love letter to early cinema which it borrows in some of its tropes and plot points, infused with his darker work on Pan’s Labyrinth and The Devil’s Backbone. I was hooked by the film throughout and it has a lot hidden up its sleeve and like his other films, it earns its adult rating with its sex and grotesque violence. (Full review here)

Coco is yet another triumph for the animation giant, Pixar, and ranks as one of their strongest works. It is moving, life-affirming and should manage to appeal to both adults and children alike. It also goes without saying that the attention to detail in the animation is second to none, Pixar continuing to elevate animation to photorealist levels. Combined with the excellent narrative and emotional journey this film takes us through, Coco is a film fully deserving of its all praise. (Full review here)

Three Billboards Outside Ebbing, Missouri proves Martin McDonagh’s writing talent again and then some. McDonagh has such a great ear for dialogue in this film and there are so many wonderful exchanges of dialogue between characters. It is frequently comic, always entertaining and what I particularly love about this film, is it takes many unexpected diversions in its narrative. The film leads you to believe a certain plot point will go in one direction, but McDonagh in multiple instances, subverts expectations and this makes this film all the more fresh. There are many moments where I was genuinely in awe and shock. It is a biting drama about murder, investigating and how people have multiple sides to their personality. (Full review here) 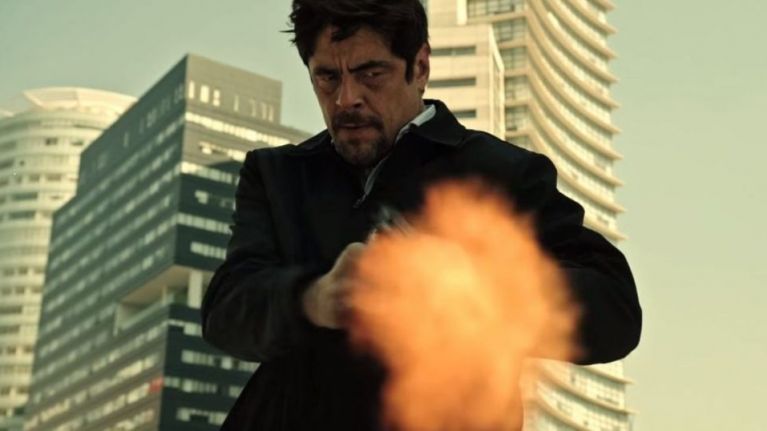 Sicario 2: Soldado is a masterful sequel and whilst its behind-the-camera talent may not, on paper, be quite as strong as its original, as a film I found it to be better paced and maintains its sharp focus throughout. The first film made a jarring shift in its final third, which although was satisfying, did make the film lose focus a little as the rest of the film follows Emily Blunt’s FBI agent constantly. This is an even more grimy and black picture where characters are morally and ethically bankrupt and there are multiple scenes which are very uncomfortable to watch, in particular an early scene that sets the backdrop for the rest of the film with terrorists blowing up a supermarket. Sollima’s sequel has a rousing commentary on American politics with a Trumpian-like President and the lengths and processes people go to to cross the border. (Full review here)

2018 has been a solid year in terms of film – there is not one downright terrible film that I have come across yet but that said, there have been more disappointments than successes. I would say this mid-year Top Ten is probably the weakest batch of films in the last couple of years and this is portrayed in the sheer lack of honourable mentions as I’d feel uneasy bestowing this honour to films that haven’t delivered. Here’s hoping the second half of the year picks up.

2018 looks set to continue to be a great year in film and just listing a couple of films that look like they have potential include: