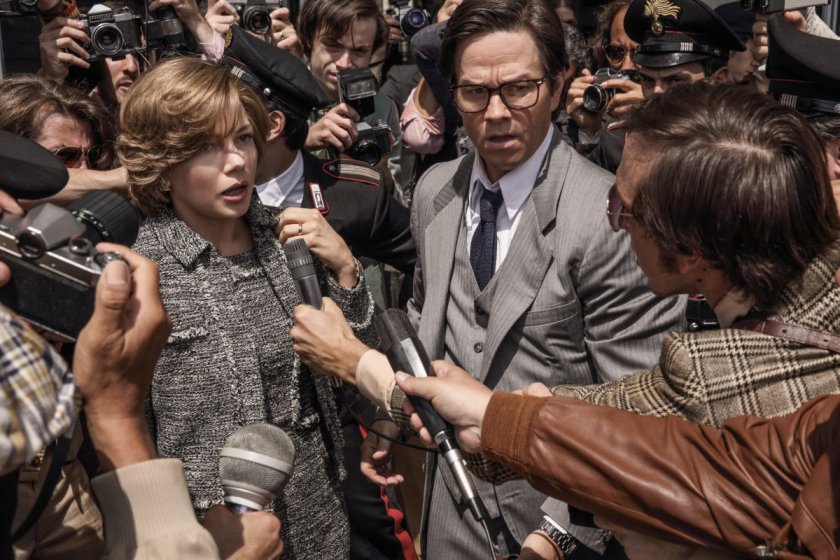 It is quite a relief that All The Money In The World has finally made it to the big screen after a particularly noteworthy production. Director Ridley Scott’s J. Paul Getty biopic had been filmed and ready for release since late last Summer. When sexual harassment claims arose pertaining to Kevin Spacey, who was cast in the film as Getty, Scott made the unprecedeted move to reshoot all of Spacey’s scenes with Christopher Plummer and still make it in time for the film’s release. Scott succeeded with aplomb and Plummer managed to shoot all of the scenes in less than two weeks.

Although perhaps, the film will be remembered more for Scott’s daring move to replace Spacey with Plummer, All The Money In The World is actually one of Scott’s best films. It is frequently gripping and itts final act in particular, effectively ramps up the tension. It also features some brilliant performances from across its cast.

It is quite staggering how good Christopher Plummer’s performance is, considering how little time he had to prepare for it. The integration of the reshot scenes into the film are seamless and Plummer’s role is no small one. With particular reference to the beginning of the film, he is in almost every scene. J. Paul Getty is portrayed almost like a villain, but the beauty of Plummer’s performance is that he is so charismatic and there is a twinkle in his performance to not make the character seem so cold and sinister. Even if the circumstances had been different and Plummer had been on board since filming began, it is still a towering performance.

Plummer’s performance isn’t the only good one. Michelle Williams is also terrific as the mother, daughter-in-law to Plummer’s character, who desperately wants to be reunited with her son. Charlie Plummer (no relation to Christopher Plummer) as John Paul Getty III is also an electrifying, new screen presence and will hopefully be recognised for his work here. Finally, Romain Durais as one of the abductors also shines and his character feels like he is straight out of a Sergio Leone Spaghetti Western. Although Mark Wahlberg also features in the film, his performance is sound and doesn’t have quite as much of an impact.

It’s no secret that Scott’s films are only as good as the script he is working from. Poor scripts have plagued some of Scott’s films in the past, but luckily David Scarpa’s script is a cracker. Scarpa has a great ear for dialogue and particularly with Plummer’s character, there are multiple instances of pure poetry in the exchanges.

The film is not without problems though. It’s a little on the long side and a tighter edit would have benefitted the film’s pace. Scott’s film also would have fared better if he had dug beneath the surface a little more into the psychology of the characters and how money and the kidnapping affects them and the film would have had a little more bite to it.

Whilst it would be foolish to criticise Scott’s direction, again considering the circumstances, his direction here is a little workmanlike, sacrificing bigger ideas and themes in the process. It is more the performances and quality of the script that anchor this film over the finish line. Scott’s direction isn’t bad, it just lacks personality at times and the film didn’t feel like a Ridley Scott film, as it were.

All The Money In The World is overall, immensely enjoyable and a fun potboiler. It is frequently gripping and is propped up by the brilliant cast. Scott has had a varied career, Alien and Blade Runner at his peak, Kingdom of Heaven and Robin Hood at his worst and then, many of his films fall in between with ambitious ideas but not necessarily great execution a la Alien: Covenant. All The Money In The World ultimately proves to be one of Scott’s best films and proves that with the right script and the right cast, he can still churn out greatness.

3 thoughts on “All The Money In The World (Review)”