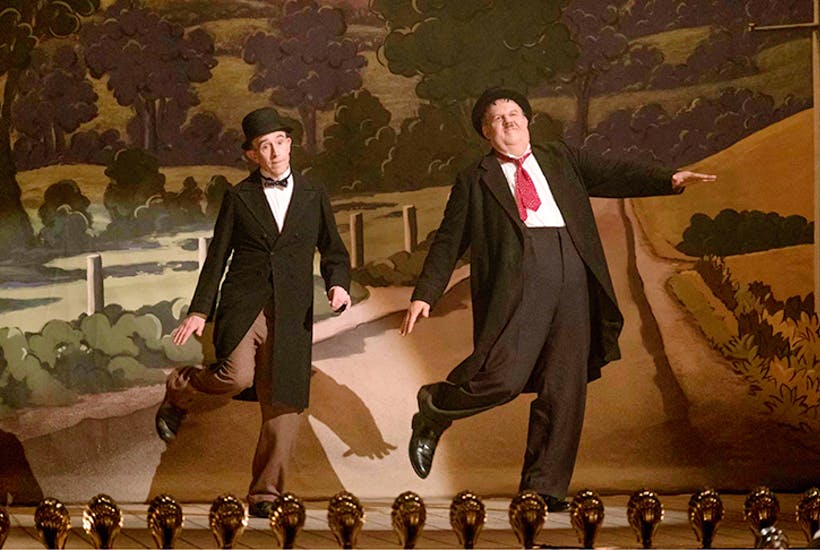 Stan and Ollie is a well-intentioned dramatisation, but rather shallow retelling of the final years of the iconic comedy duo. The film tells the story of the final years of the duo as they embark on a tour of Britain in the hope of getting a feature film made so that they can return to their former glory. Although there are some narrative bright spots and some good character moments, the success of this film hinges more on the performances than the actual film.  Even then, the film never truly gets under the skin of these characters. The narrative is obvious and the script rather on-the-nose, which hampers the film somewhat. Jon S. Baird’s direction is unflashy but lacks any sense of personality.

The main asset that carries this film are the performances, which elevate the flawed script and safe direction.  John C. Reilly as Ollie is the standout, who embodies the persona of the character to a tee, forming a strong emotional connection. Steve Coogan fares well too as the loveable character who just wants to regain his former glory with his partner but Coogan’s American accent does slip up sometimes.

Ultimately, Stan and Ollie passes the time fairly well, but it’s a shame that the film never really aspires to be more than just a simplistic biopic. When the emotional climax of the film arrives, it doesn’t quite pack as big of a punch as it could ahve done as it hasn’t quite earned the right to. That said, for John C. Reilly’s transformative performance alone, it is worth the watch.