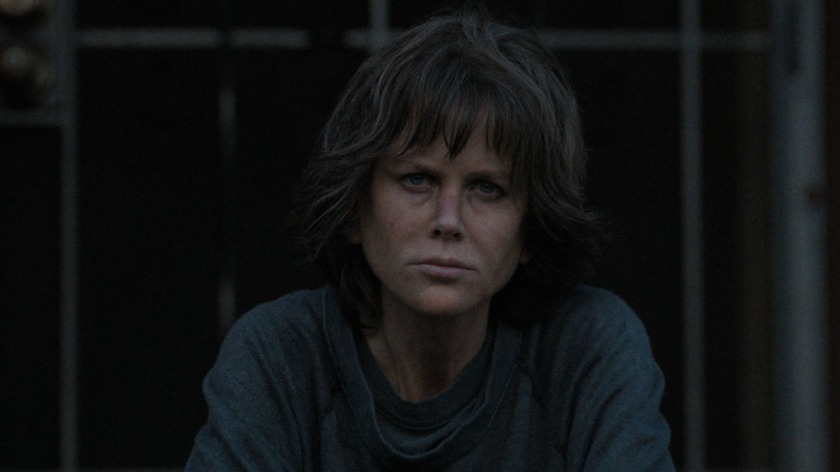 Although much has been touted of Nicole Kidman transformative performance, Destroyer functions well first and foremost as a film. This is a dark, twisty crime thriller that follows Kidman’s unorthodox LAPD detective who tries to take down members of a shady gang, after her cover was blown years prior, which the film portrays these events in tandem. Kidman’s detective looks not far from death with a weary, almost decaying face and she doesn’t keep herself in good health.  However, Kidman isn’t the only bright spot of the cast as they are all transformations, with Toby Kebbell in particular standing out as the slimy main antagonist. Although a small role, Bradley Whitford also makes an impression as a nasty lead in Kidman’s case.

Director Karyn Kusama has had a somewhat spotty career, previously behind the now positively reassessed feminist dark comedy Jennifer’s Body and The Invitation, the latter of which had a great premise but a lacklustre third act. Destroyer definitely marks her best work and her direction is fantastic, from the way in which the story is told to the technical aspects. There is a particularly gripping and gritty action sequence set in a bank in the latter half of the film which is just jaw-dropping in its unpredictability and rawness. Julie Kirkwood’s cinematography further heightens the tension and the film has an interesting colour pallette.

Ultimately, Destroyer is a dark and suitably dour descent into the unravelling of Kidman’s go-for-broke detective that is a dark horse this Awards season. It deserves far more credit than it has recieved as it is a much better film than people are making out to be, with the highlight not just being Nicole Kidman’s performance that many see as the film’s main asset.