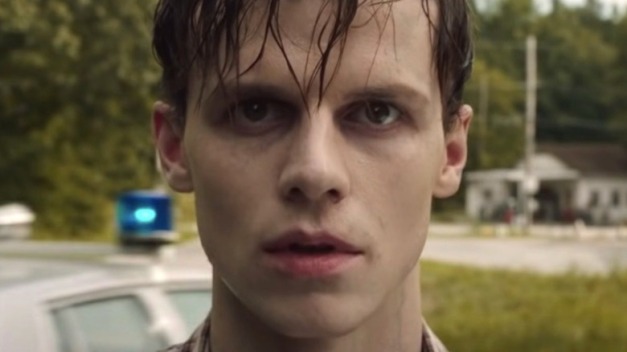 The Conjuring: The Devil Made Me Do It is the third entry in the mainline series but the eighth entry in its respective cinematic universe. The films have all varied in quality, with highlights such as the two Conjuring films and Annabelle: Creation to complete misfires such as Annabelle and The Nun. The mainline films though are yet to faulter and are generally considered the benchmark in quality for the franchise and follow paranormal investigators Ed and Lorraine Warren’s cases. This entry is set in 1981 in Connecticut, following the murder trial of Arne Cheyenne Johnson who murdered his landlord and defended his innocence on the grounds of demonic possession.

This sequel is the first Conjuring film to not have James Wan in the director’s chair. Wan has cemented himself as one of the leading voices of the genre with his success in establishing this series with his two entries and he is also responsible for other franchises in the horror genre such as Saw and Insidious, as well as recently directing Aquaman. The Conjuring is Wan’s best feature, near perfect in its construction and is one of the best horror films of the century. Naturally, there is trepidation when he is not in the director’s chair (although he does remain in a producer and story capacity) and he has cherry-picked Michael Chaves to direct this entry. Chaves is not new to this franchise, having previously directed The Curse of La Llorona, which is a middle-of-the-road entry. Can Chaves deliver another stellar instalment in the franchise?

The Conjuring: The Devil Made Me Do It represents a welcome change of direction compared to the first two films in that it delves from the haunted house formula and is more of a police procedural crime thriller. The story the film is based on is riveting, even if some creative liberties have been taken with it for it to fit the horror genre. The performances are all excellent, Vera Farmiga and Patrick Wilson as the Warren’s again are the centrepiece of the franchise and the film expands and revolves around their strong relationship. The rest of the cast are also strong, although they are underused and this is very much Farmiga and Wilson’s film. Ruairi O’Connor is excellent as the murder convict and it was surprising to see John Noble, of Lord of the Rings fame, appear here in a small but pivotal role, who performs sparingly.

Chaves’ direction attempts to ape Wan’s from the use of title cards and a prologue sequence at the beginning to the general tone of the film. However, when it comes to the horror aspect of the film, Chaves just does not craft the scares in as sophisticated a fashion as Wan. Wan’s scares are very creative and he is terrific at the build up. One of the best scares in The Conjuring is when a child can see a figure standing behind a door whilst her sister cannot see the figure but the door is shrouded in darkness so as an audience, we cannot quite make out what is accurate. Every scare Wan crafts is earned and he doesn’t resort to cheap tricks with false moments, which is unfortunately Chaves’ style. Although this is a horror franchise, in some ways, it would have been better if the film were completely bereft of scares as the film doesn’t need it, as its statement of intent is to be a crime thriller. The scares feel tacked on and unearned and there is nothing remotely terrifying about what we witness on screen. Of all the films in the franchise, this is probably the least scary instalment. What the film does do well is wear its graceful homages to other horror films on its sleeve and there is more than a cheeky nod to The Exorcist in the opening prologue and there is a waterbed sequence reminiscent of A Nightmare On Elm Street 4: The Dream Master.

The film also feels rather short, for its sprawling narrative. The film could easily have been another half an hour longer to really develop its characters so that we could better connect with them and it would have been really interesting to see Chaves tap more into the legal aspect of the case, which he hints at early on in the film but then chooses to abandon it. The story is that riveting to warrant the extra time.

Ultimately, The Conjuring: The Devil Made Me Do It is another strong entry in the franchise, but its success lies on its performances and shake-up of the haunted house formula into a crime thriller. I was riveted from start to finish but there is always the question of what if this film had been directed by James Wan and I think if had, the result here would have been extraordinary. If the film doubled down on its scares or chose to eliminate them completely and spent longer developing its characters and establishing the stakes, this could have been a masterpiece. As it stands, The Conjuring: The Devil Made Me Do It is very strong in some areas but flawed in others.