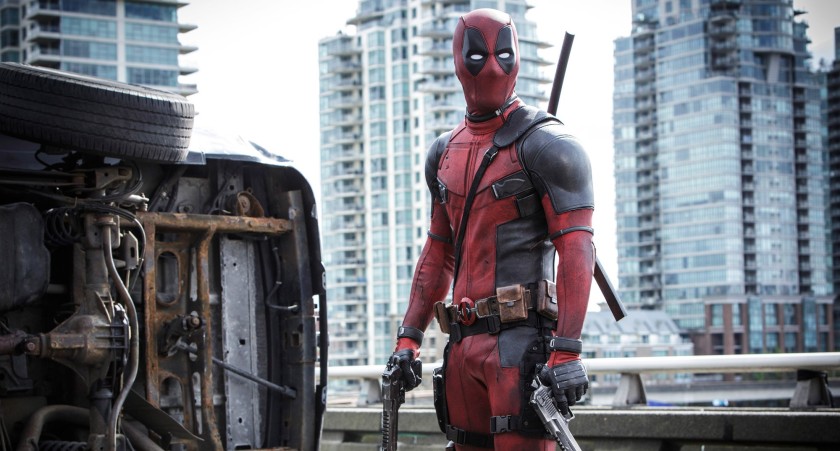 ‘Deadpool’ has been in the pipeline for years and fans have wanted this popular, adult comic book anti-hero to star in his own film for a very long time. Ryan Reynolds first appeared as the titular character in the 2009 spin-off, ‘X-Men Origins: Wolverine’ which ended up being negatively recieved (I quite liked it) and completely botched the character of Deadpool. There is even a gag in the film that references his poor treatment in that film. Here, Marvel have given the character an R / 15 rated treatment with all the bad language and over-the-top violence that is present in the comics. Tim Miller, who previously specialised in visual effects, is in the director’s chair here and the test footage of an action sequence that he created was positively received when it was leaked in the Summer of 2014. Fox gave the film the go-ahead, albeit with a $58 million budget. So with a modest budget and equipped with an R / 15 rating, is this adaptation the definitive one or is it style over substance?

‘Deadpool’ is unfortunately a bit of a disappointment given the hype it has recieved but individual set pieces and sequences are absolutely fantastic. Ryan Reynolds is also perfect in the role. It does suffer from a low budget and tonally, it can be quite obnoxious in parts. The humour is also quite primitive given the directions that they could have gone in although I do admit that I did chuckle a few times. Fox also heavy-handedly promote their X-Men universe to the point where it feels that is being rammed down the audience’s throat which is a shame. It would be great to see Deadpool team up with his X-Men counterparts but a constant reminder that this is happening shouldn’t occur. The film is also so focussed with lambasting every other comic book film that exists that it falls into conventionality, particularly the third act. Now all this would seem negative – there is a lot to like in this film but it is also deeply flawed.

Ryan Reynolds completely owns the role and brings a lot of charisma and wit to the role, despite the flawed screenplay. His character often breaks the fourth wall (or as Deadpool would argue, the 16th) and the audience are often subjected to hearing his thoughts, which works. Unfortunately the rest of cast are average at best. Ed Skrein, who plays the villain, Ajax is ok – the torture sequences in particular although overlong really get to bring out his sadistic nature but unfortunately his character often gets sidelined which means that his character is never developed enough for the audience to care. Morena Baccarin is weak as the love interest and Stefan Kapičić in particular, is awful as Colossus, replacing Daniel Cudmore who played the character in the earlier X-Men films.

The story is also too simplistic – its origin story is overlong and makes up the bulk of the film. The film’s third act also slides into conventionality with a third-rate low budget action sequence which the film actively tries to go against in its first and second acts. That said, the first action sequence which begins right from the start is incredible – this is the film Deadpool deserves, not the one that follows!

The humour is also rather primitive and not particularly creative. Most of the gags are exactly what one would expect but there are probably 6 or 7 that I chuckled at. But even then, the humour is hardly ever intelligent. The soundtrack provided by Junkie XL works in parts but sometimes feels aggressively out of place.

Overall, ‘Deadpool’ is a sound adaptation of the comic book anti-hero. Although its humour is primitive, I did still chuckle in parts and Ryan Reynolds is perfect for the role. With the character being developed, a sequel should hopefully be much better. A sequel would benefit from different screenwriters though who are willing to be more inventive. The film, despite being flawed, is an important film for the industry – the fact that Marvel had the confidence to give a film an R / 15 rating is promising, although there are bound to be a couple of ‘copycat’ films that try to implore this but fail. That said, the thought of an R / 15 rated ‘Wolverine’ film to close the triolgy has the potential to be absolutely incredible as this is what the character deserves. But for ‘Deadpool’, the film is deeply flawed but still makes for an overall entertaining watch.