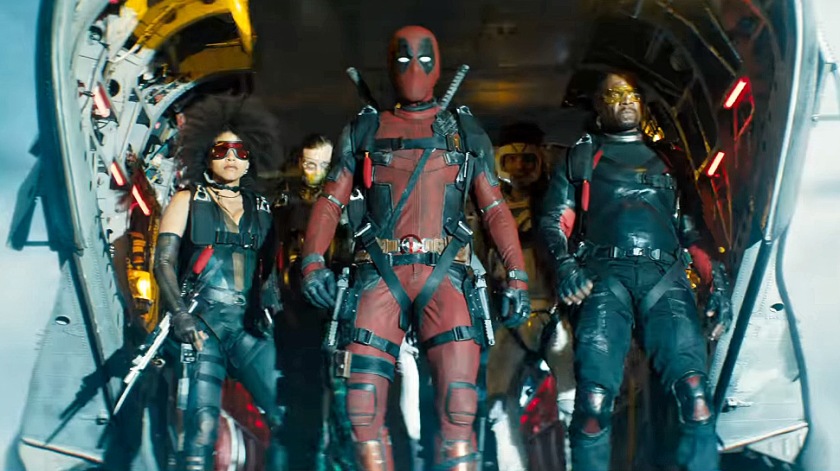 Deadpool 2 is the fast-tracked sequel to the 2016 hit film which proved very popular with audiences and at the box office. It also represented a turning point in the prosperous superhero genre, proving that R / 15 rated comic book films could be successful and that these films could appeal to a more adult audience. I have issues with the first film and my review of it was and continues to be, lukewarm. I found it tonally obnoxious, its humour obvious and its story conventional. After the success of the first film, star Ryan Reynolds and director Tim Miller conflicted as to the direction in which a sequel should go, Reynolds ultimately prevailing and Miller exiting the project. David Leitch replaces him in the director’s chair, who co-directed John Wick and Atomic Blonde. Leitch excels in crafting memorable action sequences so he seems a good match for the material and whilst all of the marketing for the film suggests a better film, the false promise of the result of the film made me rather trepidatious.

What a relief it is that Deadpool 2 manages to successfully expand on its predecessor and wind up being a far superior film. The jokes land far more consistently than the first film and it’s a far more engaging narrative which successfully subverts the genre and develops the now familiar character. The first film failed to do this with its obvious jokes and its formulaic narrative. Ryan Reynolds once again, completely inhabits the titular role. Leitch slickly directs this sequel and as expected, the action sequences are creative and visually pleasing. The laughs fly in frequently to the point where I couldn’t stop laughing and missed the next one. This is definitely a film which requires repeat viewings to fully appreciate this film.

That said, despite how much I like Deadpool 2, in retrospect, the film’s construction is rather shambolic. This is not aimed in a disparaging way but the film does border on the incoherent. The narrative erratically veers left, right and centre and this makes the film feel rather disjointed as scenes often don’t flow into each other. It all just about comes together by the film’s climax but the story the writers have chosen to tell is rather oddly constructed.

Overall, Deadpool 2 is a superior sequel and is an absolute blast to watch. The change in director has done the film the world of good, with Leitch bringing a more professional finesse with his visual qualities. It’s consistently funny yet boasts a strong narrative and further develops its characters from the first film. That said, it’s slightly short of being excellent through its shambolic filmic structure. If you can forgive the film for this and take it for what it is, there is a lot of outrageous fun to be had here.