Although July, the half-way point of the year has already arrived and it is now, August, I am now ready to share my Top Ten Films of 2017 so far. It is that time of year where many reviewers share their current best films of the year and reflect on what the year in film has been like so far. Although I’m late, I now feel pretty confident that I too am able to share my best films of the year so far. As is to be expected, there are still a few films that I am still yet to see but I have tried to get through all the films that I have been looking forward to or the reviews have been good for. However, as is always the case 9 times out of 10, the best film of the year ends up being the one you’ve never even heard of. As usual, I am following the UK release date calendar between January and June – as you are about to see, there are some Awards films included in this list but these have all been released within this time period in the UK.

As always, there are a handful of films that didn’t quite manage to make it into the Top Ten. They all had their specific problems, but the reason why I feel they should be listed as I found them all to either be entertaining, heartfelt or have some very interesting ideas even if they didn’t quite make it into the Top Ten. As I feel they deserve a mention, I will list them below:

‘Split’ is frequently entertaining, very competently directed and features some powerhouse sequences. It is one of Shyamalan’s best works and features perhaps one of the best twists of the decade so far – it is so, so clever. Both James McAvoy and Anya Taylor-Joy are fantastic. However, when one focuses on how ‘Split’ functions purely as a film, it is not perfect. It is overlong and way too exposition heavy which derails the film a little. There is a near-perfect 100 minute film in here if a lot of this exposition was omitted and this would make the run time more economical. (Full review here)

9) In A Valley Of Violence

‘In A Valley Of Violence’ may be a little simplistic in the plot department but it is a supremely entertaining romp that features some great performances and is suitably graphic at times. It is competently directed by Ti West who has written a memorable script and everyone who is in this film both in front of and behind the camera seems to be having a really great time. Although it doesn’t try and reinvent the genre, from the opening moments when I got on board with it, I had a big smile on my face the whole way through and it’s one of the most entertaining films I’ve seen this year so far. (Full review here) 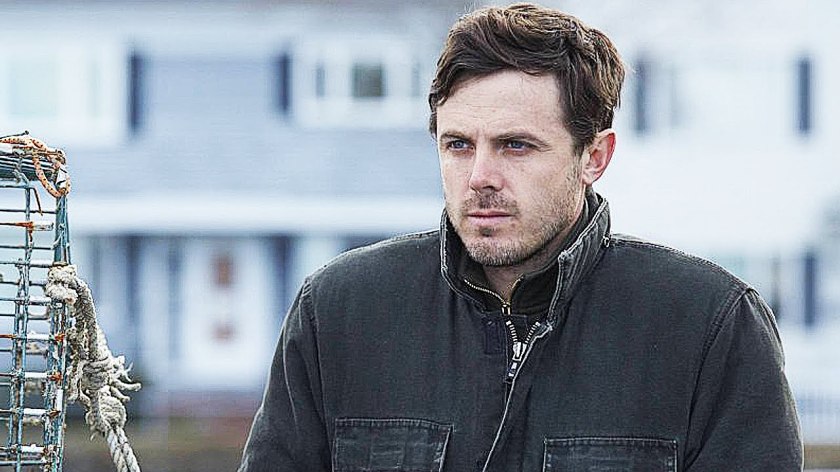 8) Manchester By The Sea

‘Manchester By The Sea’ is a heartfelt, expertly crafted film that features a career-defining performance by Casey Affleck and it takes its time in really developing its characters and allowing its audience to emotionally connect with them. The rest of the cast are also very strong and the narrative really goes to town with these characters who all go through their own equally debilitating experiences. That said, the film does have some flaws in its tone which is a little unbalanced at times and a couple of baffling musical choices also awkwardly impact the film. (Full review here) 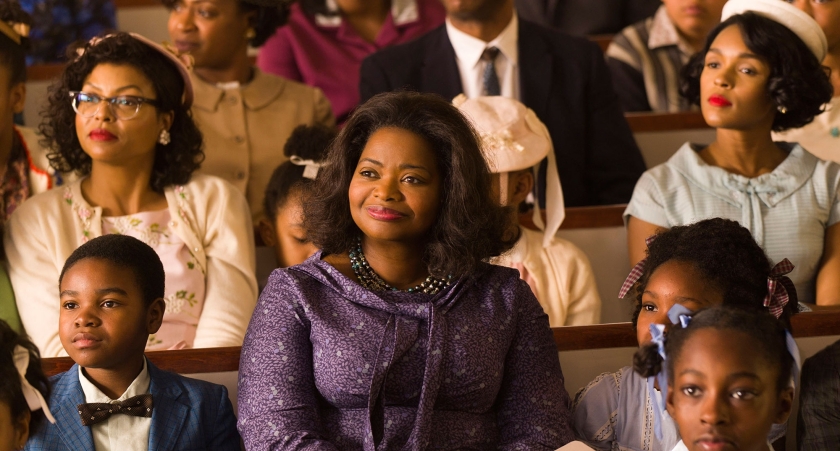 ‘Hidden Figures’ is an extremely easy film to like and barely puts a foot wrong; I was utterly charmed by it the whole way through. It is competently directed by Melfi and has just the right blend of comedy and factual drama in it to prevent it from being too laborious or too comedic. Not only are the performances are great in this film, but the characters are all really well-developed and the screenplay by Melfi and Allison Schroeder is wonderfully written. What stops this film from being perfect is it is fairly conventional in parts and there are a couple of story arcs that are a little underwritten. But these are very small nitpicks in an otherwise near-perfect film. (Full review here) 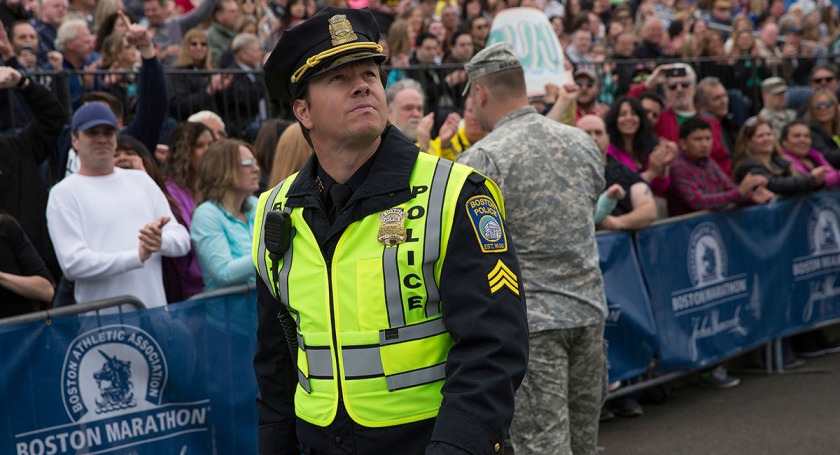 ‘Patriots Day’ is a fantastic film and in some aspects is even Peter Berg’s most accomplished film. It is a fascinating retelling of these tragic events and has several simply staggering action sequences and is gripping right from the start. It features some fine performances by the majority of its cast and I’m really impressed with the amount of respect the entire cast and crew seem to have for this material. I do think Berg lays it on a little bit thick at the end of the film in an epilogue which is interesting in learning about the fate of these characters but I think Berg’s intentions are a little too patriotic. But other than this, for the most part Berg remains fairly agnostic and even delves into the back story of the criminals as well. (Full review here) 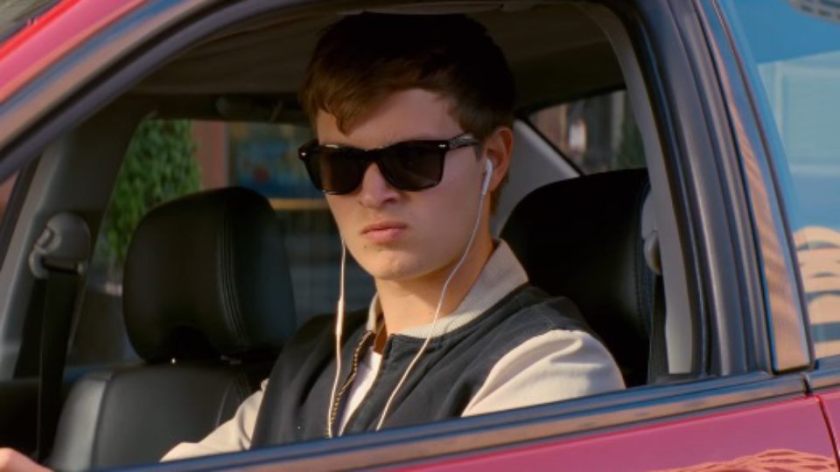 ‘Baby Driver’ is an utterly infectious film that is meticulously directed by Edgar Wright and is expertly paced – the film left me giddy with excitement! The action sequences are choreographed to a tee with several heart-pounding yet knowingly absurd car chases that put franchises such as ‘Fast and Furious’ to shame for managing to craft something far more engaging at a fraction of the budget. It is superbly acted by the cast all-round and Wright has his fingerprints all over this – this is very much an Edgar Wright film through and through. (Full review herehere) 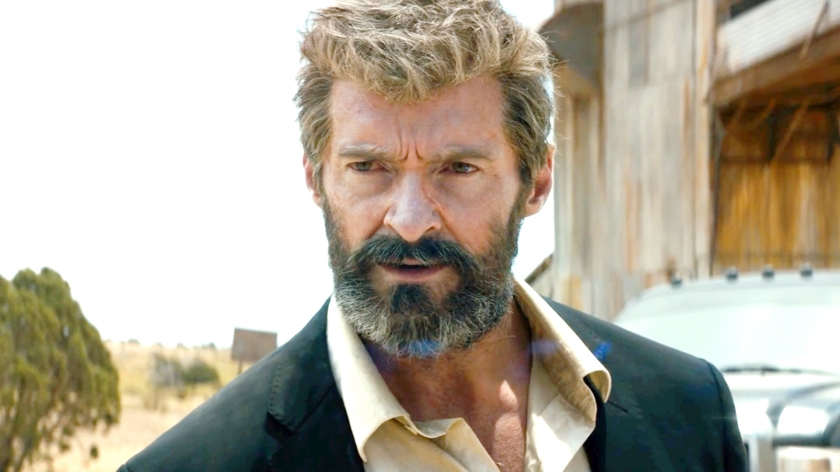 ‘Logan’ is not just a fantastic superhero film, it is also a fantastic Western film that just happens to have a superhero starring in it. The Western genre is a genre that is close to my heart so not only is it refreshing to be given another ace Western but for it to be in the shape of ‘Logan’ is extremely impressive. The film is gritty, swearytastic and deliciously violent, fully earning the film a 15 / R rating. The performances by the cast all-round are great and Mangold directs this film with real flair. The film has a lot of emotional beats and really develops these characters that we have come to empathise with over the course of this franchise. The story, also manages to surprise with a couple of great twists and turns. I’m not sure if it’s better than ‘The Wolverine’ but it is definitely equal to it and both of Mangold’s efforts are the best comic-book films since ‘The Dark Knight’. (Full review here) 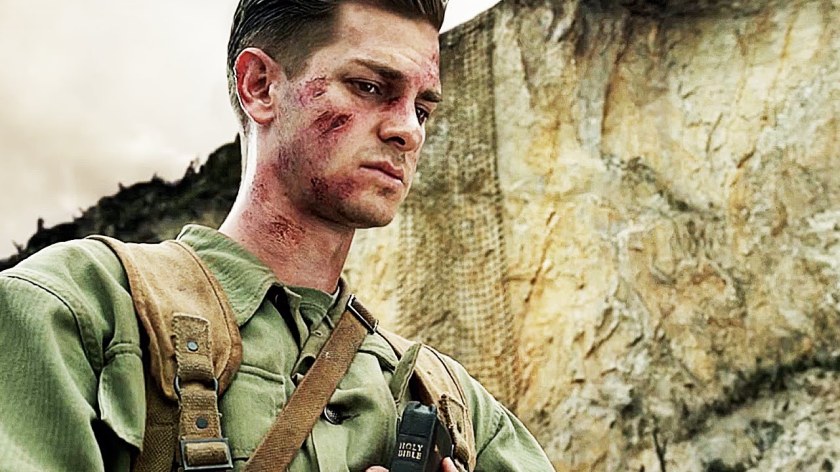 ‘Hacksaw Ridge’ is one of the best war films I have ever seen and features some stunning performances with Gibson’s signature gory yet visceral battle sequences that really throw these men into hell-and-back. Gibson is able to really portray the hardship that these men endure time and time again and whilst I am ever respectful of those fight for their country, this film elevated my respect even more for them whilst watching this film. The film is extremely well-shot and features many memorable sequences – this film fully deserves the Awards attention it is getting! That said, the film is not without fault and an inconsistency in tone is this film’s biggest problem as the two distinct halves of the film don’t quite gel together. The first half in particular of the film which develops these characters and prepares Doss for the battle that lies ahead often head into conventional territory and it is quite bizarre as it almost feels like Gibson is knowingly do this but to what purpose, I’m not sure. However, when the film is able to go berserk, it does and it is immensely satisfying. (Full review here) 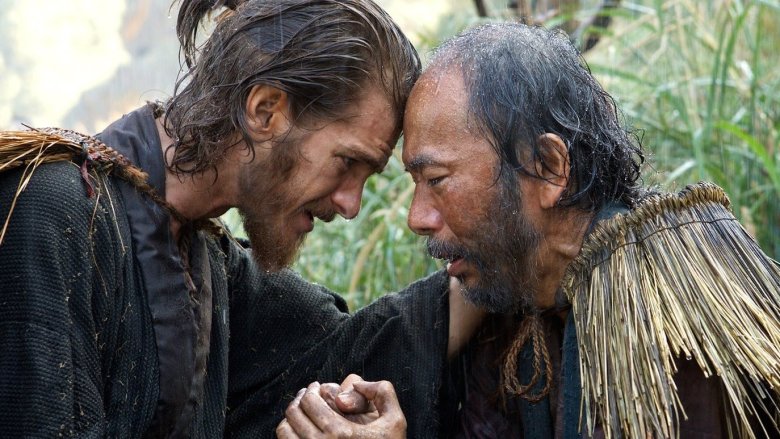 ‘Silence’ is a beautifully crafted film that features some knock-out performances and is frequently emotionally wrenching. Scorsese directs this film with precision and develops these characters extremely well hence the rather intimidating 161 minute run time. The cinematography by Rodrigo Prieto is stunning and the film poses lots of philosophical questions and is a brutal test that questions a lot of characters’ religious beliefs. That said, ‘Silence’ is not quite a perfect film. I have problems with the score (more soundscape) and I also think the film does lose its footing in its ending which tonally shifts a little and it threatens to undo the superb work the rest of the film has tried to craft. It might be that it just requires a rewatch but I did come out feeling underwhelmed as a film that had taken this long to set up its narrative doesn’t exactly reward the viewer’s patience. But despite this, it is a work of art. (Full review here) 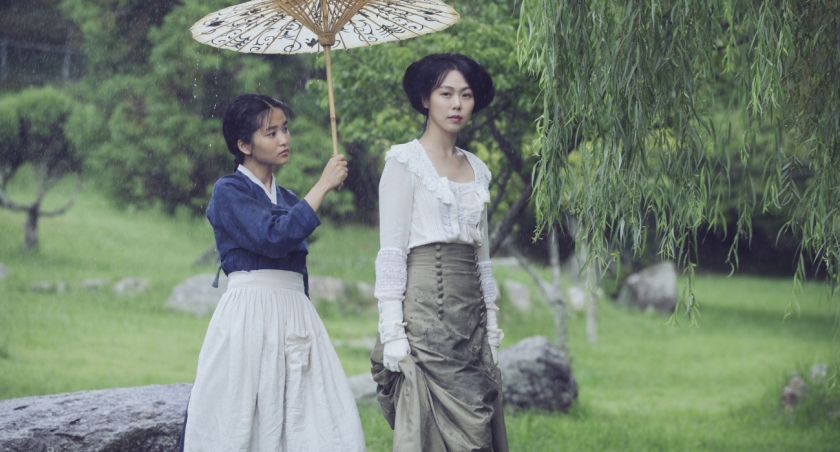 ‘The Handmaiden’ is Park Chan-Wook at his best – it’s nearly perfect. It has a labyrinthine plot that is interwoven intricately and the characters are developed in an extremely assured manner. It kept me gripped throughout and as the film continues to get more nuts, I was really on board with it. What’s also impressive is that it’s not quite as blatantly violent as some of Park Chan-Wook’s films have been in the past, instead choosing to focus on story. Don’t get me wrong, there are moments of brutal, sadistic violence in this film but it is used sparingly. Visually, the film is beautiful to look at – Chung Chung-Hoon’s cinematography is wonderful and there are plenty of scenery chewing shots. (Full review here)

2017 has been a very solid year in terms of film – there is not one downright terrible film that I have come across yet (well maybe ‘The Mummy‘…) despite being disappointed and rather critical of a number of films this year. There have been a lot of sequels this year and the scale of quality has been from extremely impressive to disappointing. Note that there is only one sequel on this list – ‘Logan’ and the reason it did so well was because it really turned the genre on its head. 2017 hasn’t been quite as strong as 2016 so far but it’s still been a good crop of films and here’s hoping the second half of the year continues to prosper.

2017 looks set to continue to be a great year in film and just listing a couple of films that look like they have potential include: