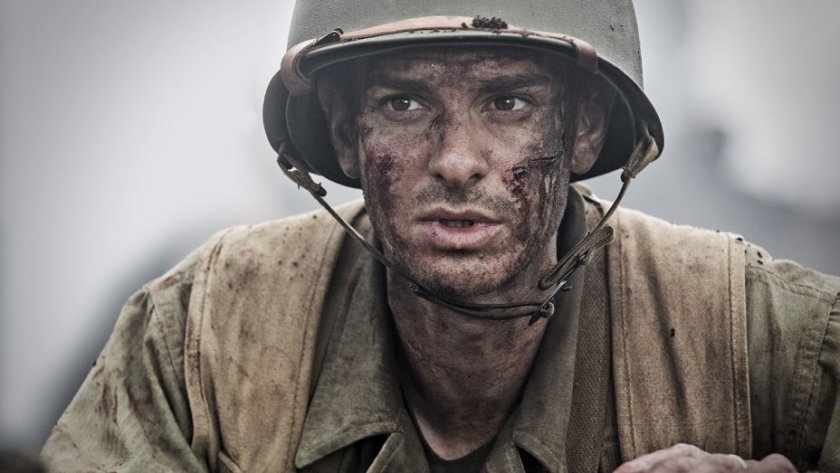 Mel Gibson’s had quite an unstable career in the film industry who has enjoyed a lot of success both behind and in front of the camera. He’s perhaps best remembered on-screen for the lead role in the first three ‘Mad Max’ films and in the ‘Lethal Weapon’ films and in terms of directing, he directed the 1995 epic ‘Braveheart’ which won 5 Academy Awards and then went on to direct the controversial ‘The Passion of the Christ’ and ‘Apocalypto’. Unfortunately, it all ended there and after a string of infamous controversies in his personal life, he hasn’t quite been able to re-integrate back into film. It’s a real shame because the man has a lot of talent and passion for his craft but ‘Hacksaw Ridge’ is his first time back in the director’s chair after the utterly bonkers ‘Apocalypto’ that I really enjoyed. Gibson is a great visual storyteller and his films tend to have a lot of depth to them and also he more than indulges in strong bloody violence which always push the age rating of his films up a notch. ‘Hacksaw Ridge’ tells the true story of Desmond Doss, an American Army Medic in World War II who refuses to carry a gun for which he gets outcast by his fellow soldiers. He manages to defy his superiors and ultimately serves at the Battle of Okinawa where he becomes the first man in American history to receive the Medal of Honor without firing a shot. It’s an ambitious story to tell and one that Gibson seems to hold dear to him as he has talked very favourably about this war hero in all of the film’s promotional material and rightly so. Andrew Garfield, after an electrifying turn in Martin Scorsese’s ‘Silence‘ plays Doss and he has received an Oscar nomination for Best Actor for his performance here. The cast also includes Teresa Palmer, Hugo Weaving but also a couple of surprises including Sam Worthington who, with the exception of ‘Everest‘ where he was reduced to a supporting role has never been that great an actor, Vince Vaughn who is most widely recognised for comedy and Luke Bracey who has also been in a fair amount of rubbish such as ‘G.I. Joe: Retaliation’ and the turgid remake of ‘Point Break’. However if anyone is going to get a good performance out of this cast, it’s Gibson and the film has received rave reviews and has even earned Gibson a Best Director nomination which given his personal circumstances is testament to the quality of the film. Many have described the film as the most ‘violent pacifist film’ you will ever see!

And what a film ‘Hacksaw Ridge’ is! ‘Hacksaw Ridge’ is one of the best war films I have ever seen and features some stunning performances with Gibson’s signature gory yet visceral battle sequences that really throw these men into hell-and-back. Gibson is able to really portray the hardship that these men endure time and time again and whilst I am ever respectful of those fight for their country, this film elevated my respect even more for them whilst watching this film. The film is extremely well-shot and features many memorable sequences – this film fully deserves the Awards attention it is getting! That said, the film is not without fault and an inconsistency in tone is this film’s biggest problem as the two distinct halves of the film don’t quite gel together. The first half in particular of the film which develops these characters and prepares Doss for the battle that lies ahead often head into conventional territory and it is quite bizarre as it almost feels like Gibson is knowingly do this but to what purpose, I’m not sure. However, when the film is able to go berserk, it does and it is immensely satisfying.

The performances in this film are round-the-board great and it is testament to Gibson that we can get good work from Sam Worthington, Luke Bracey and Vince Vaughn, who actually along with Andrew Garfield give the best performances. Seriously. Sam Worthington actually lends some gravitas and subtlety to the role of Doss’ Captain and the two have a lot of disagreements early on in the film and Luke Bracey’s character also goes through this path of enlightenment and is also quite subdued. However, the standout in the cast is Vince Vaughn who I never thought I would say this but gives a career-best performance. He is perfect as Sergeant Howell, initially Doss’ superior until he doesn’t know how to handle his conscientious objections. I really felt for Vaughn’s character and I thought he managed to perfectly blend a sinister, sympathetic and at times comedic performance. It’s a shame he hasn’t received an Oscar nomination for his work here. Of course,  Andrew Garfield is great here in the lead role but that was always to be expected and he manages to perfectly embody Doss’ modesty and inspiring nature.  I do believe that Garfield gives the better performance in ‘Silence’ as he plays a more complicated character there but at least he’s getting recognised for his work as he is still very strong in ‘Hacksaw Ridge’. Hugo Weaving is as expected, solid in this film too as Garfield’s militant father who is facing his own personal problems from World War I and has never recovered from the experience.

‘Hacksaw Ridge’ has a clear juxtaposition between its two halves which is where the film runs into problems a bit and as mentioned, in particular with the first half it is riddled with cliche. However, I am a little conflicted as I think Gibson has consciously decided to go down this road in order for one to get on-board with this film and to sympathise with the characters as some sequences in particular are quite noticeably over-the-top. The film still tells a compelling story and I was extremely involved with it so it does work but I think if Gibson could have been a little more subtle in execution, it would have elevated the film and made it more original. When the characters do reach the titular ‘Hacksaw Ridge’, the film goes nuts and Gibson directs the battle sequences with flair and fully indulges in all the blood and guts. This film is not for the faint-hearted. I fully empathised and cared for all of the characters and Garfield’s performance is crucial in how much resonance the events have in the film. This is definitely one of the most realistic and visceral depictions of war I have ever seen. What also helps elevate the film into a higher tier is the fact that Gibson does not become overly patriotic. Too many war films do and Clint Eastwood, although a director who I admire, is a big victim of this but Gibson includes several sequences from the Japanese Army’s perspective and Doss’ character doesn’t just help out his own Army, he also rescues some injured Japanese soldiers which I think is key into how much of an impact this film has.

The score by Rupert Gregson-Williams is not particularly memorable but does generally fit into the film well, particularly in the film’s second half. It’s a bit of a shame that the score isn’t better as he has done some good work. The cinematography by Simon Duggan however is very powerful at times particularly in the execution of the battle sequences which he shoots very competently. He too however falls victim in the film’s first act where the film almost has a ‘Life TV’ sheen to it in terms of the lighting and shots he uses. It is a strange decision as I have previously mentioned but when Duggan is allowed to break free like the film does, he does it with gusto and he really manages to add to the showcasing of the horrors of this tragic war.

Overall, ‘Hacksaw Ridge’ is a very powerful film that Gibson directs extremely competently. These are some of the best battle sequences committed to film and the performances by the entirety of the cast are all excellent with the standouts being those who you would not normally expect capable of this. The film fully deserves the Awards attention it is getting and I am glad that Gibson has finally managed to find himself again. This individual really is talented behind the camera and I hope he will continue to direct films that are original and full of depth. However, what hinders ‘Hacksaw Ridge’ from being perfect is its first act which is quite jarring in tone and I can’t quite work out what Gibson is trying to achieve in these sections. When the second act kicks in and elevates the film to new height, there’s no stopping Gibson and for my money, ‘Hacksaw Ridge’ is a film that needs to be seen on the big screen and is one of the best films of the year so far.