It was recently announced that Martin Scorsese’s next project following his wonderfully realised passion project ‘Silence‘ that opened up earlier this year to positive reviews, will indeed be ‘The Irishman’, the long-anticipated adaptation of Charles Brandt’s novel ‘I Heard You Paint Houses’. Scorsese will reteam with Robert De Niro, the first time in a feature-length film since ‘Casino’ in 1995. The film will also star Al Pacino and it is looking likely that Scorsese and De Niro will be successful in pulling Joe Pesci out of retirement for a supporting role so this film will contain some great gangster veterans. Scorsese is also planning on using visual effects to use De Niro in early sequences in the film to make him look about 30 years old so the budget of the film is fair in order to accommodate the complexity of these visuals. It looks like a great project that has been gestating for a long time and it’s never been quite clear whether or not this will be made. With all this wonderful news though, there is one caveat. It’s going to be distributed by Netflix.

In case you’ve been living under a rock,  Netflix is an online streaming service that allows users who pay a monthly subscription access to a supposedly ‘wide range’ of films and television serials. They’ve recently been making and distributing ‘Netflix Originals’ which are original films and television shows that are exclusively on Netflix. This is nothing new in the film industry – online streaming through mediums such as Amazon or iTunes have been happening for years and some films are released as straight-to-DVD. 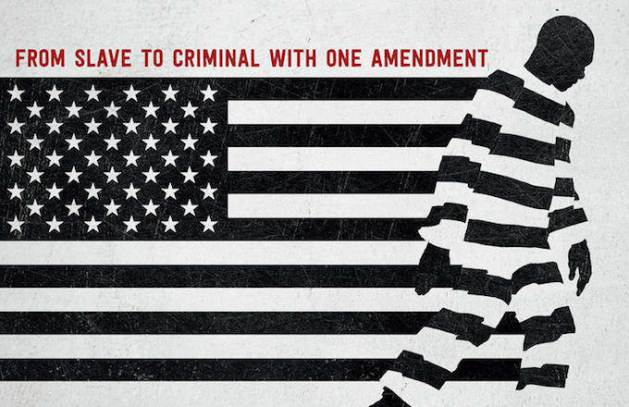 I will be quite honest in my assessment of this news that first and foremost, I really don’t like Netflix. I don’t want to have to pay for a subscription to allow me to watch these films and I especially don’t like the fact that they will not be released for home viewing on DVD / BluRay and that if I ever want to watch any of their material, I’ll have to stream it. I don’t feel that Netflix have a wide-enough range of films for casual filmgoers and it also really angers me that Netflix tarnishes the name of cinemas. Mark Kermode, a film critic who I am a big devotee of, recently published a video regarding the release of Ava DuVernay’s Oscar-nominated documentary ’13th’ which was released in one cinema in the UK just to qualify for Awards consideration. Many people thought the film was very good and I too quite liked it and many cinemas wanted to distribute it but they weren’t allowed to do so as it ‘wasn’t available for screening.’ Of course, people who weren’t aware of this information and who wanted to watch ’13th’ in a cinema weren’t allowed to do so and could very easily have judged the cinemas’ short-sightedness for appearing to not wanting to screen it. My opinion is if there is a big audience who want to see a film and it will attract box office revenue, why on earth would you only show it one cinema?! This was just Netflix wanting to self-promote themselves by making people stream it online, not for the sake of the film but for the sake of themselves.

I very much fear that this will also happen to ‘The Irishman’. I will be surprised if critical and audience reception for it is nothing but favourable and although ‘Silence’ bewilderingly was snubbed from this years’ Academy Awards, I will be very surprised if ‘The Irishman’ is. This film is an event – the reuniting of great actors and a director essentially going back to their roots and experimenting with some interesting visual effects to add to the equation too. It needs to be screened in a cinema for all to see and it needs to be available subsequently for home viewers to enjoy for years to come for repeat viewings. This will not happen if people can only go and see it in a handful of cinemas, or in the case of ’13th’, just one.

I very much understand why filmmakers are suddenly moving over to Netflix and there has recently been an enormous increase in filmmakers who I really admire that are making their next films over at Netflix. Filmmakers get a lot more creative freedom and do not have to conform to the constraints of a studio and can make the film that they envisage. We hear all too often in film news of comic-book film directors dropping out due to creative differences and quite frankly, who wouldn’t want to make a film without all of this hassle from studios?! Duncan Jones, director of ‘Moon’, ‘Source Code’ and ‘Warcraft‘ is making his spiritual sequel to ‘Moon’, ‘Mute’ through Netflix. Although David Ayer disappointed with ‘Suicide Squad‘, when he is on form, he can be terrific and I very much hope this will be the case with the upcoming ‘Bright’ that he is making through Netflix. Other filmmakers to add to the list are David Michôd, Bong Joon-Ho and Angelina Jolie and I’m sure many more. Whilst creative freedom is almost always a good thing, I am genuinely baffled as to why the major studios haven’t reacted to this model that Netflix use and start to give their filmmakers more leniency. Surely that would be a win-win for all.

Furthermore, although this is subject to change, Netflix don’t really allocate a sufficient budget for these films and I really hope ‘The Irishman’, regardless of its distribution, doesn’t suffer in its visual effects because of this freedom. I recently watched Netflix’s adaptation of ‘Lemony Snicket’s A Series of Unfortunate Events’ and although I found a lot to like about it, one thing I really didn’t like about it were the sub-par visuals because of the lack of budget.

As you can probably tell, I feel pretty strongly about this subject and I genuinely feel that if this continues to be the way that more and more films get distributed, the film industry is going to suffer. I’m not trying to convince you to stop using Netflix, that’s not my job, but I do want people to be aware of the implications that they have on the film industry. As for ‘The Irishman’, I’m still very excited for it but I strongly feel that the film will ultimately pay for it in the long run as Scorsese most likely won’t be given the proper budget, the film most likely will never see the light of day in the majority of cinemas and won’t receive a home release on DVD or BluRay. Instead, we’ll all have to sign up to Netflix and stream it.

Come on Marty, for the sake of your film, see some sense!

What are your thoughts? Let me know in the comments section or tweet @TheFilmMeister

9 thoughts on “Netflix and ‘The Irishman’”