Although rather late, I am finally ready to share my usual mid-year report of the Top Ten Films of 2019 so far. As is to be expected, there are still a few films that I am still yet to see but I have tried to get through all the films that I have been looking forward to or the films that reviews have been good for. As usual, I am following the UK release date calendar between January and June. As you are about to see, there are some Awards films included in this list but these have all been released within this time period in the UK.

As always, there are a handful of films that didn’t quite manage to make it into the Top Ten. They all had their specific problems, but the reason why I feel they should be listed is because I found them all to either be entertaining, heartfelt or have some very interesting ideas even if they didn’t quite make it into the Top Ten. As I feel they deserve a mention, I will list them below:

I’m sure for many a controversial choice, Polar got absolutely trashed by critics in its reviews. A Netflix Original, Polar is a revenge thriller in the vein of John Wick and Taken with Mads Mikkelsen playing the action hero with spectacular results. The film is utterly bonkers and what is impressive how it manages to balance sheer grittiness, often at the same time. The decision to cast Matt Lucas as the over-the-top villain is a stroke of genius and the result is a film that I really got on board with.

9) Can You Ever Forgive Me?

I generally can’t stand Melissa McCarthy but this is the film for me where she proves herself and she is just magnificent as a down-for-luck author who starts forging letters by famous writers and selling them. Richard E. Grant is also brilliant as her new friend who is battling his own demons. Director Marielle Heller clearly has respect for these characters and deftly balances laugh-out-loud moments with some touching and emotional character development too. The script is really sharp and allows both McCarthy and Grant to play off each other consistently. 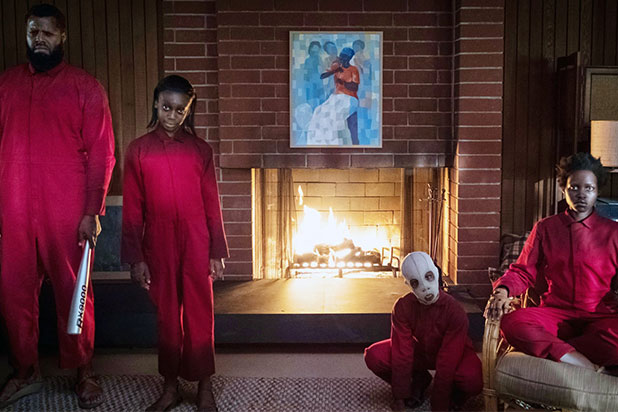 Us is an ambitious sophomore effort from Jordan Peele and although it doesn’t reach the heights of Get Out, this is a cryptic and atmospheric horror film that is full of originality. Peele deals with some heady themes of duality and race and intentionally makes some of the metaphorical meanings in this film ambiguous. The film can be interpreted in a number of ways and further viewings allow this film to be unpacked even more. This is a really interesting film from Peele and even if it doesn’t always succeed, one has to admire the ambition.

John Wick: Chapter 3 – Parabellum is a very strong entry in the franchise. Chapter 2 was good but it did feel a little repetitive and lost some of the charm from the first film. This third chapter is a step-up that almost reaches the heights of the first film. The fight choreography is wonderful and particualrly in the first half, it is amazing how much variation in the types of action Stahelski portrays. Keanu Reeves is on top form again and the film furthers the mythology the first two films explored in the criminal world the titular character finds himself tied in. Visually, the film is gorgeous as well, cinematographer Dan Laustsen capturing the neon, visceral quality beautifully. The film ends in a place where further sequels could happen but if the series stopped here, this would be a great trilogy. 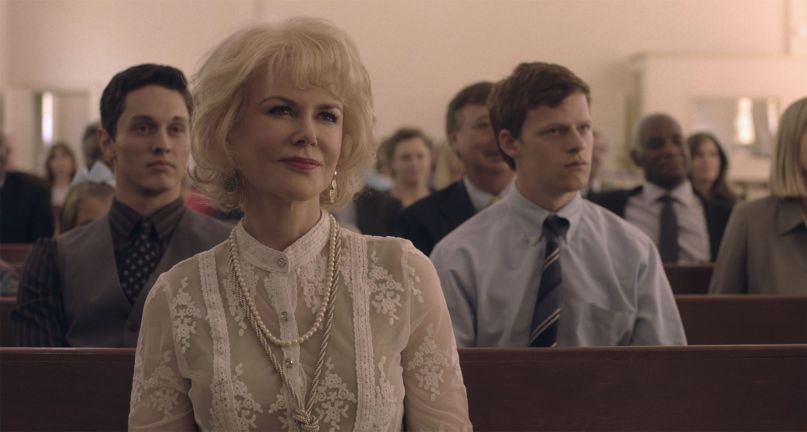 Boy Erased is the sophomore effort from actor-now-director Joel Edgerton whose debut The Gift was a masterpiece. Boy Erased is a completely different film and is a drama about a teenager who is forced to undergo homosexual conversion therapy program. The cast are all excellent, Lucas Hedges gives a nuanced performance as the conflicted main character and Russell Crowe is a standout as his authoritarian and religious father. Joel Edgerton casts himself as the head of the program and he is a particularly sinister and nasty piece of work. The score by Danny Bensi and Saunder Jurriaans is fantastic and the film is visually dark and gloomy. Boy Erased is another success from Edgerton and it will be interesting to see where he goes next. 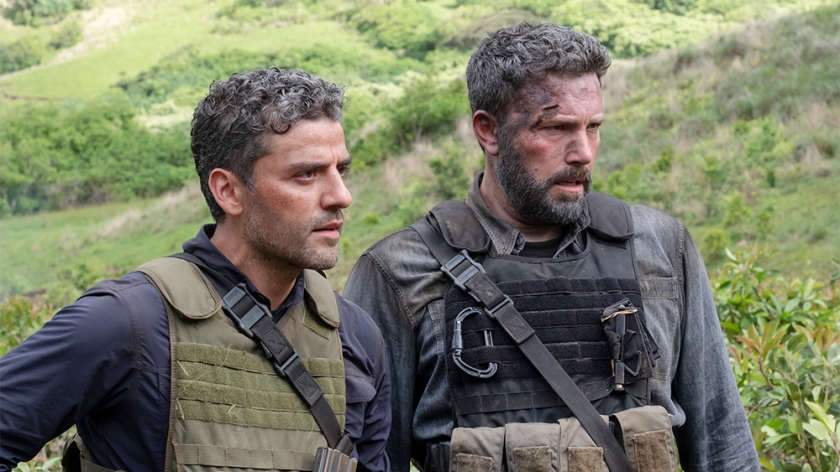 Triple Frontier is the latest from director J. C. Chandor, who previously made A Most Violent Year which I really liked when it first came out and upon further viewing, I now deem to be a masterpiece as it is a film rich with layers, a terrific narrative and conflicted characters. My expectations were very high for this film, a crime heist thriller with Ben Affleck and Chandor reuniting with Oscar Isaac. This is another excellent film by Chandor and it successfully takes what can be a rather conventional genre into a new direction in the way it explores certain themes and the repercussions the heist has on the group. The score by Disasterpeace is intense and the film looks visually sharp. I was engrossed by the film throughout and Chandor manages to sustain the tension throughout.

Green Book is a thoroughly enjoyable film with some outstanding performances from both Viggo Mortensen and Mahershala Ali. The script is sharp and provides some fascinating insights into America’s prejudice culture and racism of the time. The interplay and relationships between characters is also excellent, who I really got on board with from the start. It is well-directed by Peter Farrelly and fantastically paced. Green Book provided a controversial win at this year’s Oscars as it ultimately took the coveted Best Picture gong. Whilst I really like it as a film, the controversies surrounding how it represents race and ethnicity are valid. It is unashamedly a white saviour narrative and the film does perpetuate stereotypes. These are questions that come up after watching the film and although it does somewhat tarnish the quality of the film, I’d be lying if I said I didn’t really enjoy Green Book. (Full review here)

The Mule is a gripping film that ramps up the tension throughout its run time and has a commanding, grizzled performance from Clint Eastwood. Eastwood has played this type of gruff character many times throughout his impressive career but it still works, particlarly when paired with the fascinating story.  The film also teaches some well-intentioned messages and morals and there’s an admirable relationship within Stone’s family that felt authentic and also the relationship between Eastwood and Bradley Cooper’s DEA agent. I also really liked how Eastwood humanized the drug cartel members which results in some memorable characters for Eastwood to interact with. In fact, the script by Nick Schenk, who also wrote Gran Torino which is another excellent Eastwood film, is razor-sharp and efficiently paced. Much like The Old Man and the Gun, another recent release which tackles many of the same themes as this film, The Mule interrogates the existential themes of what makes Eastwood’s character work and why he continues to work for the cartel when he knows what he is doing. (Full review here)

Glass is an excellent end to this trilogy and mostly represents M. Night Shyamalan at his best – it is pretty much a knock-out. Shyamalan develops these characters extremely well, furthering their character arcs and subverts expectations, for better or worse for some viewers. It is very cine-literate and further deconstructs the generic constructs of the superhero genre and offers some fascinating commentaries on these. As is to be expected, there is a Shyamalan twist and it does undo the good work a little as it isn’t one of his best twists but if you can buy into the film’s central conceit beforehand, it really is excellent. As with a lot of Shyamalan’s filmography, it would be very easy for one to laugh and sneer at this film, as the film walks a fine line. The performances are uniformly excellent, with Bruce Willis and Samuel L. Jackson standing out. Technically, Glass succeeds in spades too. The score is outstanding, West Dylan Thordson returning from Split and successfully melding both past themes whilst creating some memorable new ones. DP Mike Gioulakis is also great and there are numerous shots which are just a work of art to look at. I sincerely hope that in a few years time, this film will be reassessed as it’s been really unfairly recieved. (Full review here)

S. Craig Zahler does it again. His first film, Bone Tomahawk reached very highly in my 2016 list and his second, Brawl In Cell Block 99 took top honours in 2017. Dragged Across Concrete is another wonder from this top director. Mel Gibson and Vince Vaughn are both brilliant as two policemen who are suspended after brutally treating a suspect and take matters into their own hands. Tory Kittles is also great as a recently released man who reunites with his family and finds himself intertwined in this case. There are also small roles from Zahler-regulars Fred Melamed, Udo Kier and Don Johnson. The script is once again fantastic and the film deals with the themes of wealth and righteousness very assuredly. Dragged Across Concrete foregoes some of Zahler’s usual ultraviolence and there is nothing here that rivals the violence in his first two films – bear in mind though the film still has an 18 certificate. But instead, this is an equally well-developed narrative that is fascinating throughout and the third act is well-worth the interesting build-up. I think Brawl In Cell Block 99 remains Zahler’s best film but this is another winner and it will take quite a lot for something to top this.

2019 has been another solid year in terms of film and a definite step-up from 2018’s mid-point which wasn’t a particularly strong selection. Most films so far this year have either been pretty solid or above average but there have been a couple of unexpected stinkers.

Godzilla: King of the Monsters was a real disappointment that after a strong opening turns into a turgid mess in its languorous run time. Hellboy was an outright disaster that undermined Guillermo Del Toro’s brilliant first two films. The Highwaymen was a total bore. But the worst film of the year so far that I have seen is ironically written by S. Craig Zahler who also directed the best film. Puppet Master: The Littlest Reich should have been so good on paper and it has a brilliant first scene with Udo Kier. But the rest of the film is just terrible.

Other than these examples, everything else has been at least watchable. I’d be very happy if my end of year list included these films again as they’re all very worthy. Here’s hoping for another strong second half of the year.

2019 looks set to continue to be a great year in film and just listing a couple of films that look like they have potential include: