This is the second part of my Best Films of 2017 feature detailing my Top Ten films. Click here to read numbers 20 to 11 and the Honourable Mentions.

Without further ado, here are my Top Ten films of 2017:

Get Out is an innovative and intelligent comedy-horror that is meticulously crafted and endlessly cine-literate. The concept behind this film is very original and is highly critical and satirical of the post-Obama presidency. Rose’s father even states in a recurring line that he “would have nominated Obama for a third term.” Its final third is particularly impressive as the narrative starts to gradually unravel, culminating in a collection of shocking sequences. It also features an interesting score by Michael Abels that is an eclectic mix of neck-prickling strings and melodic themes. The cinematography by Tony Oliver is also thoughtful and well-judged. (My original review here)

9) Manchester By The Sea

Manchester By The Sea is a heartfelt, expertly crafted film that features a career-defining performance by Casey Affleck and it takes its time in really developing its characters and allowing its audience to emotionally connect with them. The rest of the cast are also very strong and the narrative really goes to town with these characters who all go through their own equally debilitating experiences. That said, the film does have some flaws in its tone which is a little unbalanced at times and a couple of baffling musical choices also awkwardly impact the film. (My original review here)

Patriots Day is a fantastic film and in some aspects is even Peter Berg’s most accomplished film. It is a fascinating retelling of these tragic events and has several simply staggering action sequences and is gripping right from the start. It features some fine performances by the majority of its cast and I’m really impressed with the amount of respect the entire cast and crew seem to have for this material. I do think Berg lays it on a little bit thick at the end of the film in an epilogue which is interesting in learning about the fate of these characters but I think Berg’s intentions are a little too patriotic. But other than this, for the most part Berg remains fairly agnostic and even delves into the back story of the criminals as well. (My original review here)

Baby Driver is an utterly infectious film that is meticulously directed by Edgar Wright and is expertly paced – the film left me giddy with excitement! The action sequences are choreographed to a tee with several heart-pounding yet knowingly absurd car chases that put franchises such as Fast and Furious to shame for managing to craft something far more engaging at a fraction of the budget. It is superbly acted by the cast all-round and Wright has his fingerprints all over this – this is very much an Edgar Wright film through and through. (My original review here) 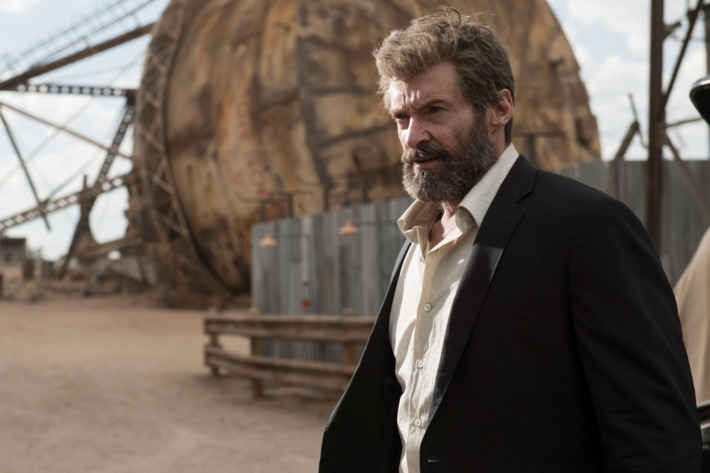 Logan is not just a fantastic superhero film, it is also a fantastic Western film that just happens to have a superhero starring in it. The Western genre is a genre that is close to my heart so not only is it refreshing to be given another ace Western but for it to be in the shape of Logan is extremely impressive. The film is gritty, swearytastic and deliciously violent, fully earning the film a 15 / R rating. The performances by the cast all-round are great and Mangold directs this film with real flair. The film has a lot of emotional beats and really develops these characters that we have come to empathise with over the course of this franchise. The story, also manages to surprise with a couple of great twists and turns. I’m not sure if it’s better than The Wolverine but it is definitely equal to it and both of Mangold’s efforts are the best comic-book films since The Dark Knight. (My original review here)

Hacksaw Ridge is one of the best war films I have ever seen and features some stunning performances with Gibson’s signature gory yet visceral battle sequences that really throw these men into hell-and-back. Gibson is able to really portray the hardship that these men endure time and time again and whilst I am ever respectful of those fight for their country, this film elevated my respect even more for them whilst watching this film. The film is extremely well-shot and features many memorable sequences – this film fully deserves the Awards attention it recieved! That said, the film is not without fault and an inconsistency in tone is this film’s biggest problem as the two distinct halves of the film don’t quite gel together. The first half in particular of the film which develops these characters and prepares Doss for the battle that lies ahead often head into conventional territory and it is quite bizarre as it almost feels like Gibson is knowingly do this but to what purpose, I’m not sure. However, when the film is able to go berserk, it does and it is immensely satisfying. (My original review here) 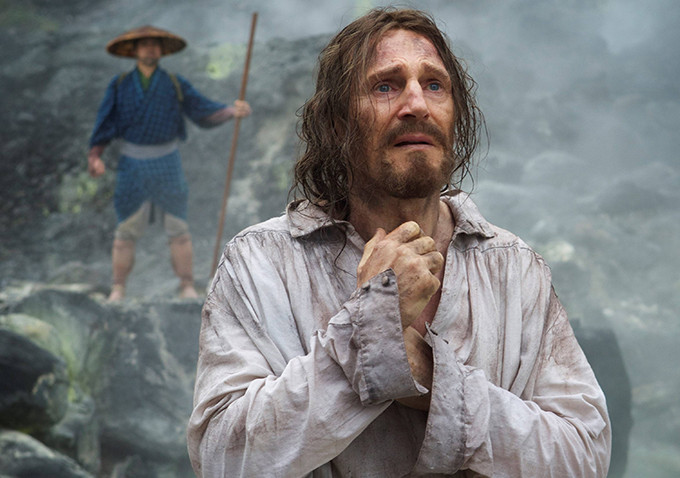 Silence is a beautifully crafted film that features some knock-out performances and is frequently emotionally wrenching. Scorsese directs this film with precision and develops these characters extremely well hence the rather intimidating 161 minute run time. The cinematography by Rodrigo Prieto is stunning and the film poses lots of philosophical questions and is a brutal test that questions a lot of characters’ religious beliefs. That said, Silence is not quite a perfect film. I have problems with the score (more soundscape) and I also think the film does lose its footing in its ending which tonally shifts a little and it threatens to undo the superb work the rest of the film has tried to craft. It might be that it just requires a rewatch but I did come out feeling underwhelmed as a film that had taken this long to set up its narrative doesn’t exactly reward the viewer’s patience. But despite this, it is a work of art. (My original review here) 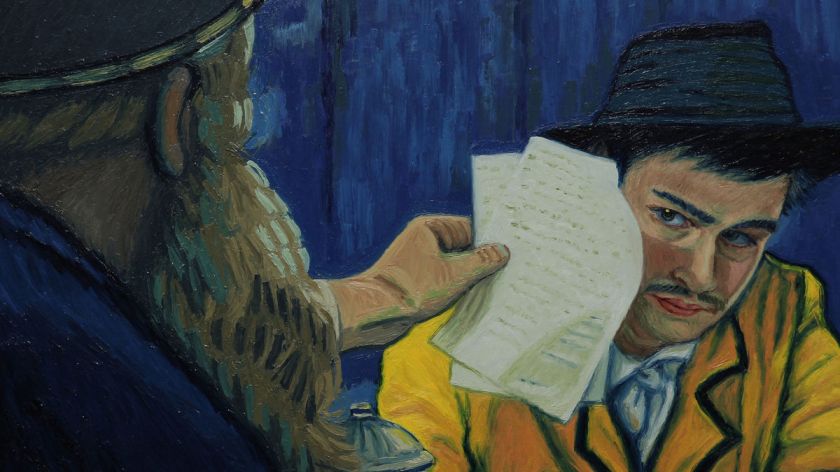 Loving Vincent is quite extraordinary – it is a haunting, elegiac and mournful account of this late artist’s life and the struggles he faced. The film is profoundly humane in the way it portrays him and at times, inhumane in his treatment by other characters in the film. Once Armand arrives in Auvers, the film transforms into a detective-thriller as Armand learns from the citizens what kind of character the artist was and the particulars leading to his suicide. The film also works as a morality tale and has knowing odes to Citizen Kane with the notion of people’s experiences and perceptions of others. There are many scenes that are just perfectly judged and on a technical level, the paintings are spellbinding. The ever-dependable Clint Mansell’s score is also worthy of commendation – it is the glue that holds this film together and features many memorable cues and themes. (My original review here)

‘The Handmaiden’ is Park Chan-Wook at his best – it’s nearly perfect. It has a labyrinthine plot that is interwoven intricately and the characters are developed in an extremely assured manner. It kept me gripped throughout and as the film continues to get more nuts, I was really on board with it. What’s also impressive is that it’s not quite as blatantly violent as some of Park Chan-Wook’s films have been in the past, instead choosing to focus on story. Don’t get me wrong, there are moments of brutal, sadistic violence in this film but it is used sparingly. Visually, the film is beautiful to look at – Chung Chung-Hoon’s cinematography is wonderful and there are plenty of scenery chewing shots. (My original review here) 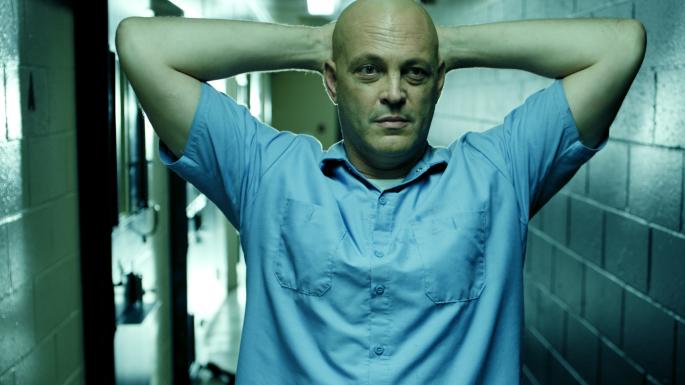 Without question, the best film of 2017 is S. Craig Zahler’s sophomore effort, Brawl in Cell Block 99. I loved his debut film, Bone Tomahawk, a Western Horror which managed to fulfil both of those genre promises and then some. It featured in my Best Films of 2016 list, clocking in at 9th due to a slightly saggy middle section. Brawl in Cell Block 99 is a masterpiece of elephantine proportions and along with Hacksaw Ridge, demonstrates a one-two punch by Vince Vaughn who seems to have finally found his calling in film. Vaughn plays Bradley here, who at the beginning of the film loses his job at an auto-repair job and becomes a drug mule. Unfortunately this backfires with devastating consequences. Every element of this film is note perfect, Zahler again delivers another thoughtful script and like Bone Tomahawk, there are some seriously violent and gruesome moments in this film. I was utterly transfixed by this film and was left in utter shock when the film finished that I was speechless for a few moments. I cannot wait for Zahler’s next feature, which is going to be an action film starring Vaughn again and Mel Gibson and on the strengths of his first two films, Zahler is a force to be reckoned with.

So there we go, these films were in my opinion, the best of 2017. What are your thoughts? Let me know in the comments or tweet @TheFilmMeister