Although cinema has come to a virtual stop as we know it in these pandemic times, having now had the chance to catch up on some 2019 releases, I can now share my Top 20 Films of the year. I know that I am very late in the game but there were quite a few films I didn’t get to watch in time and felt that it would be a disservice to generate a list that wasn’t truly reflective of the year.

Although my Mid-Year Report only included ten films, this list will include 20 films with some honourable mentions. The rank order has changed a little from the Mid-Year Report on account of rewatching a lot of these films multiple times and some I have found to be more rewatchable than others. So just because a film ranked higher earlier on last year doesn’t necessarily mean this will be the case now – that’s just the nature of the art of film I guess.

Here I rank numbers 20 to 11. The Top Ten will be detailed in a separate post.

I am following the UK release date calendar from January 1st to December 31st hence why a lot of the Awards films do not feature here and why there are some from what may seem like last year.

Here are my honourable mentions, films that didn’t quite make it into the Top Twenty but I feel that they should still deserve a mention. Please note I have listed them in alphabetical order – this is not a ranking of them. 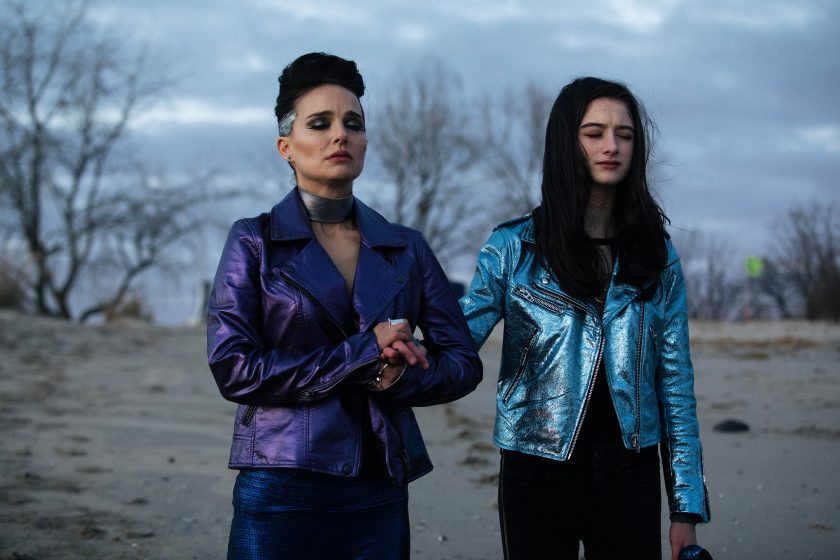 A jarring yet hypnotic effort from actor-director Brady Corbet, Vox Lux tells the story of Celeste Montgomery, a young girl who survives a school shooting rampage who then embarks on a singing career but she is always haunted by this terrifying event. Both Raffey Cassidy and Natalie Portman who portray the singer at two stages of her life are terrific. Technically, this film is arresting but the two main acts to the story feel like two different films. A very interesting but flawed effort and it is always better when a filmmaker takes a risk.

Based on two memoirs, Beautiful Boy is the story of a relationship between a father and a son, with the son’s life spiralling out of control as he becomes more dependent on crystal meth. Steve Carell continues to prove that he is a versatile actor outside of comedy and he conveys his despair and hope as his son’s life yo-yos. Timothée Chalamet is equally excellent as the son, Nic. There’s not much hope in this story and whatever hope the film builds up is often swiftly removed but this is a raw and real story of addiction and the detrimental effects it can have on life.

The lastest from Colombian director Ciro Guerra, this is a sprawling drama about a generation of family and how their lives intersect, a complete U-turn from the linear but magical Embrace of the Serpent. There’s a lot to like here with Guerra painting a grim and arid world which is frequently hard-hitting on his characters. 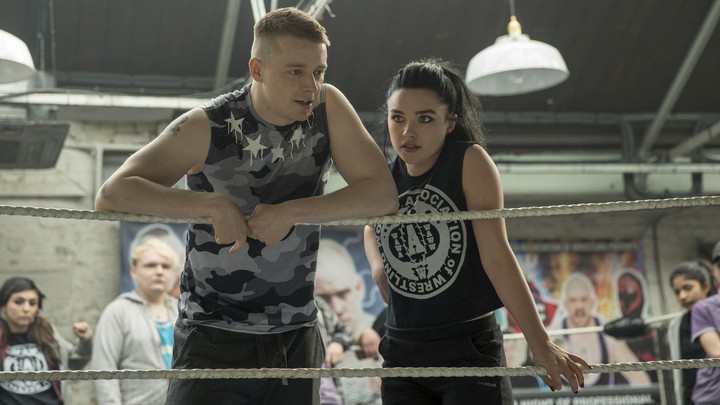 Fighting With My Family

The first film on this list to feature Florence Pugh, I really didn’t expect to like this. But Fighting For My Family is a gripping, often hilarious and emotionally involved directorial debut from Stephen Merchant about a young female boxer in Norwich and her efforts to go pro. The performances all round are great, particularly Florence Pugh and Nick Frost. Merchant deftly balances the humour with emotional heft, even if the film follows a hegemonic sports-drama narrative.

Ford v Ferrari pedals an entertaining and gripping story of its source material that is bolstered by some strong performances and good racing sequences. This is despite a lengthy 152 minute run time which is impressive as it always sustains the pace. The characters are well-developed, particularly Matt Damon and Christian Bale’s leads and the interplay between them is heartfelt yet entertaining. Bale is particularly effective as British World War II veteran / professional race driver as he is constantly let down by his peers who do not appreciate his genius. Tracy Letts is also a standout as the CEO of Ford who is able to balance the authoritarian, no-nonsense but a little dim side with the sheer thrill of race driving. There is a particularly effective scene when he is driven in the car that bears his name around a race track where he breaks down in tears. Visually, the film is sharp with Mangold-regular Phedon Papamichael’s photography showcasing the scope of the race. There are also some sound themes from another Mangold-regular, Marco Beltrami who co-scores the film with Buck Sanders.

As entertaining as the film is, Mangold is surprisingly rather slavish to the biopic formula, something which he managed to subvert beautifully in Logan. The plot is mostly predictable in terms of the character beats needed to serve the genre and there aren’t many surprises to the formula. But ultimately, despite its reliance on formula, there is more than enough in Ford v Ferrari to enjoy and this is an above average effort in a genre that can often isolate audiences that aren’t car enthusiasts. (My review here)

Now onto the Top Twenty: 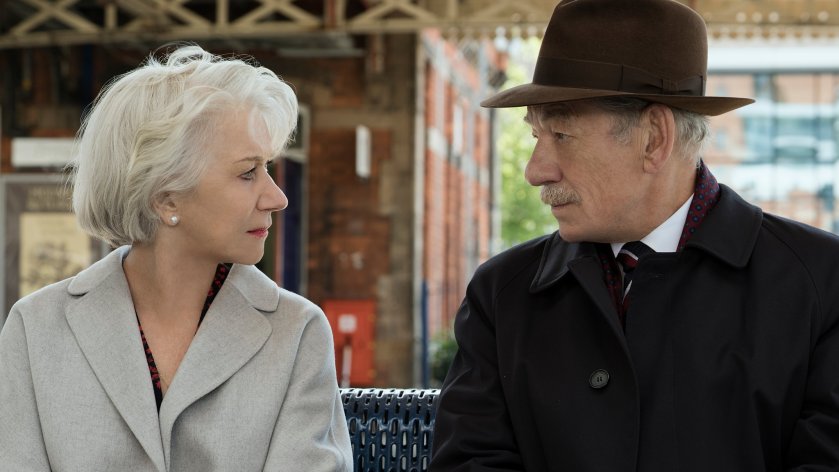 A real surprise from director Bill Condon whose work has been more miss than hit over this decade. This is a taut, riveting mystery with two excellent performances by Ian McKellen and Helen Mirren, both as devious and deceptive as each other. The script is razor-sharp with plenty of twists and turns, infused with humour. Perhaps the end reveal is lacking a little but for the vast majority, this is excellent and Condon’s best film in a very long time.

A real surprise addition to this list. I really didn’t like director Jennifer Kent’s debut feature The Babadook, which received rave reviews. I didn’t find it scary or sophisticated in the slightest. But The Nightingale is excellent in that it starts at a very low point for Aisling Franciosi’s main characterm, Clare, and doesn’t let up with its depressing and dour tone. After everything that she has is taken away from her, Clare embarks on a dangerous journey to enact her revenge. This has a lot to say on a lot of topics such as the Aboriginals and the performances are all excellent, Franciosi impressing and Sam Claflin being uncharacteristically nasty compared to his other roles. This is a film that really earns its 18 certificate and many viewers have expressed unease at some of the sexual violence.

Official Secrets is another political thriller from director Gavin Hood, his previous being the note-perfect Eye In The Sky. Official Secrets isn’t quite as good but this is a very timely and riveting docudrama on the UN involvement in the 2003 invasion of Iraq. This is one of the performances of Keira Knightley’s career, who portrays the courageous Katherine Gun. 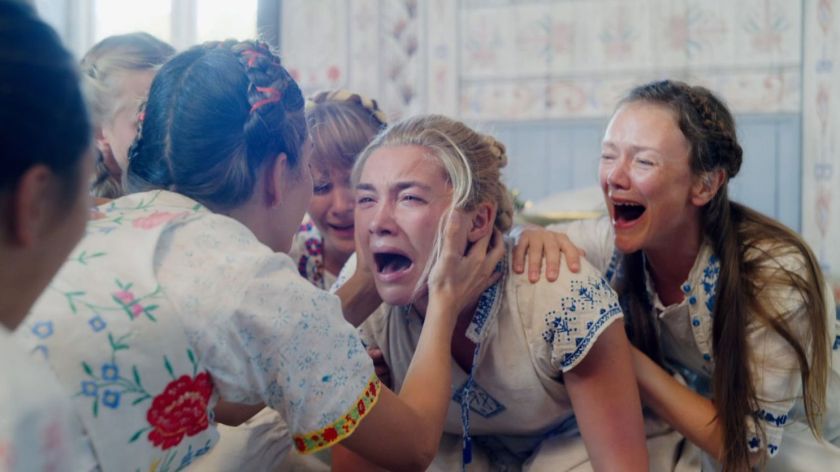 After impressing with Hereditary, Midsommar is writer-director Ari Aster’s sophomore effort. Hereditary really impressed in its perfect first half before a controversial twist half-way through which changes direction. Midsommar is a much more consistent film but doesn’t match the first half of Hereditary. Florence Pugh is fantastic as the titular character who has gone through a tough time and although she is needy on her boyfriend, Aster wildly succeeds in us sympathising with both situations. They take a trip to Norway to meet a cult where one of their friends belongs. Partly inspired by The Wicker Man but more sophisticated and rich, Midsommar furthers the horror genre again with its disregard for jump scares. It’s also impressive how the horror is all set in crystal white daylight.

Ma seriously took me by surprise. After the disappointment that was The Girl On The Train, Ma is a lean and mean horror by director Tate Taylor. Octavia Spencer is phenomenal as the titular character and Taylor always keeps the audience second-guessing. What propels this from average fare is the strength of the group of teenagers that are tormented. Diana Silvers is excellent and there is a real emotional core to her story. 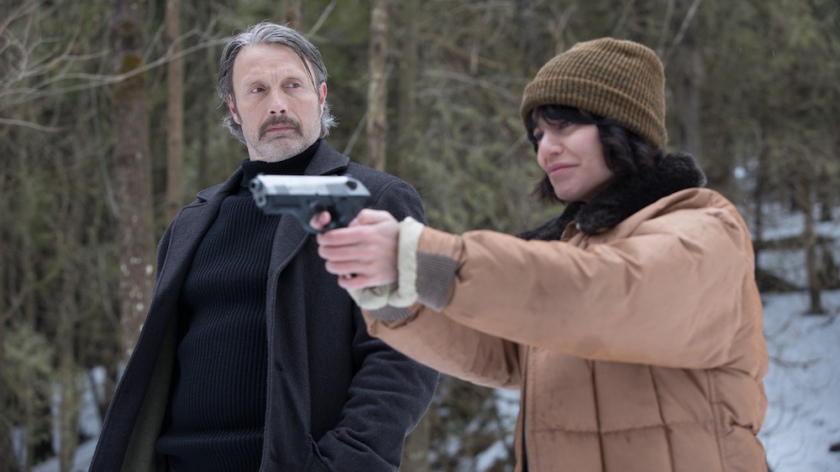 Perhaps one of the most controversial choice on this list, Polar got absolutely trashed by critics in its reviews. A Netflix Original, Polar is a revenge thriller in the vein of John Wick and Taken with Mads Mikkelsen playing the action hero with spectacular results. The film is utterly bonkers and what is impressive how it manages to balance sheer grittiness, often at the same time. The decision to cast Matt Lucas as the over-the-top villain is a stroke of genius and the result is a film that I really got on board with.

I generally can’t stand Melissa McCarthy but this is the film for me where she proves herself and she is just magnificent as a down-for-luck author who starts forging letters by famous writers and selling them. Richard E. Grant is also brilliant as her new friend who is battling his own demons. Director Marielle Heller clearly has respect for these characters and deftly balances laugh-out-loud moments with some touching and emotional character development too. The script is really sharp and allows both McCarthy and Grant to play off each other consistently.

Us is an ambitious sophomore effort from Jordan Peele and although it doesn’t reach the heights of Get Out, this is a cryptic and atmospheric horror film that is full of originality. Peele deals with some heady themes of duality and race and intentionally makes some of the metaphorical meanings in this film ambiguous. The film can be interpreted in a number of ways and further viewings allow this film to be unpacked even more. This is a really interesting film from Peele and even if it doesn’t always succeed, one has to admire the ambition. 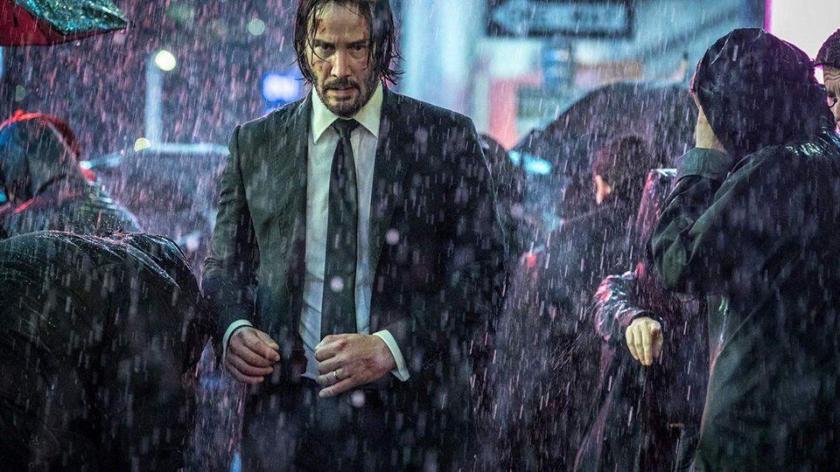 John Wick: Chapter 3 – Parabellum is a very strong entry in the franchise. Chapter 2 was good but it did feel a little repetitive and lost some of the charm from the first film. This third chapter is a step-up that almost reaches the heights of the first film. The fight choreography is wonderful and particualrly in the first half, it is amazing how much variation in the types of action Stahelski portrays. Keanu Reeves is on top form again and the film furthers the mythology the first two films explored in the criminal world the titular character finds himself tied in. Visually, the film is gorgeous as well, cinematographer Dan Laustsen capturing the neon, visceral quality beautifully. The film ends in a place where further sequels could happen but if the series stopped here, this would be a great trilogy.

Sorry We Missed You is another knockout from director Ken Loach. Like I, Daniel Blake a few years ago, this film also is concerned with the struggles of the lower class. This is about a family where the husband joins a delivery company who have strict targets to meet and he has to finance his own van. The children are also developing and the wife has to take public transport to her job as a carer. This is all touching stuff and the film succeeds in portraying a grim decay into a vicious cycle.

So there we go, numbers 20 down to 11. Stay tuned for the Top Ten in a separate post…