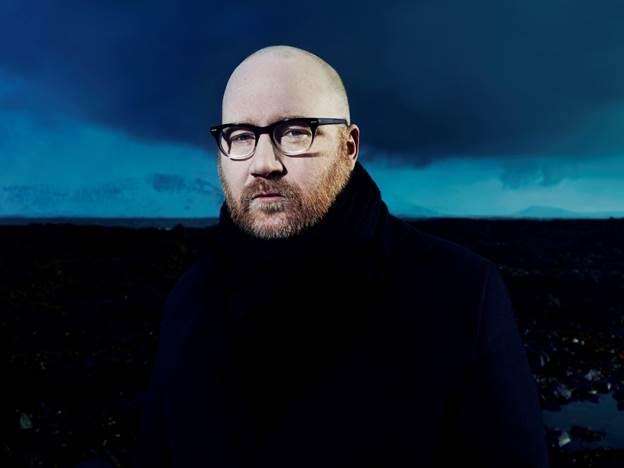 Blade Runner 2049 has finally arrived in UK cinemas, a sequel to Ridley Scott’s 1982 sci-fi noir. The typical reasons this film might pique your interest could be due to its director, Denis Villeneuve, its impressive cast, cinematographer Roger Deakins or perhaps most importantly, the fact that it is a sequel to one of the most influential sci-fi noir films of all time! Whilst my ‘Focus’ posts are generally focussed on the people who are credited for the film that are perhaps overshadowed by others, this post is a little different. The reason this post is about solo artist and film composer Jóhann Jóhannsson is due to the fact that he left the film as composer late on into production and the subsequent controversy (or lack of it) for reasons that I will explain. First and foremost though, I want to highlight the talent of this fantastic composer and celebrate his work thus far in the film industry and if even one reader is inspired to have a look into him, that’ll be a success in my book. It is important to note that Jóhannsson has a successful solo career as well and has released many albums but the main purpose of this post (in line with this website) is his film career. 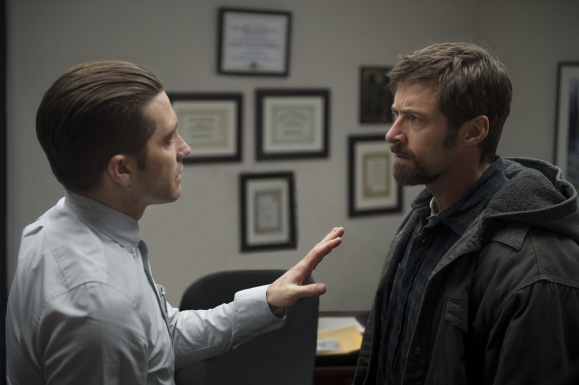 Iceland-born Jóhann Jóhannsson began film composing quite late into his career in 2012 with Chinese drama film Mystery. However, his big break came in 2013 when he teamed up for the first time with Denis Villeneuve on Prisoners. Prisoners is my favourite film of 2013 and one of my favourite’s of the decade. It is a harrowing, dark account of the kidnapping of a young girl and the subsequent investigation that ensues. Jóhannsson first came onto my radar with his fantastic score for this film which is wholly original and frequently haunting. One of my favourite musical moments of this film is a sequence in a car towards the end of the film – Jóhannsson’s score adds to the urgency of the situation beautifully. I’ve got the soundtrack and the whole piece is excellent.

Jóhannsson’s career elevated when he scored James Marsh’s The Theory of Everything. Whilst it is a little Awards-baity, I still thoroughly enjoyed it and I gave it an honourable mention in my Mid-Year Review. This score didn’t grab me as much as Prisoners but there are some nice cues in it, particularly in its opening. Clearly I’m in the minority as he was nominated for his first Academy Award for Best Original Score – personally, I’d much rather he had been nominated for Prisoners but I suppose if it got his name out, that can only be a good thing. 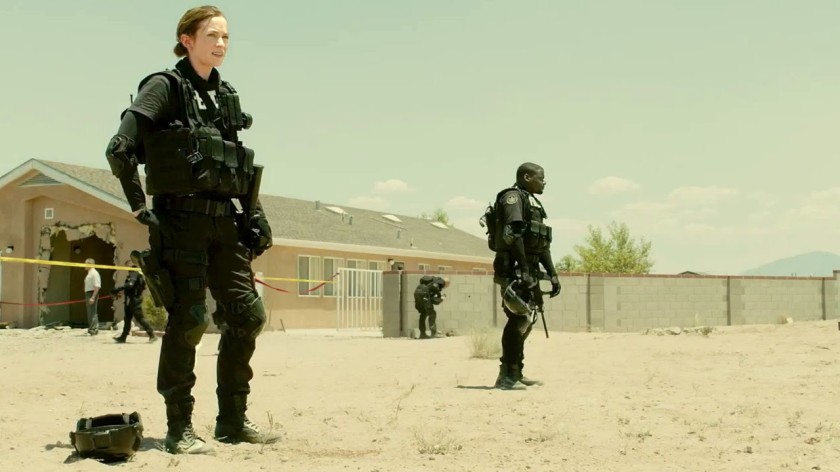 Jóhannsson reteamed with Denis Villeneuve for Sicario, an extremely intense thriller about a FBI investigation in bringing down the Mexican drug cartel. Jóhannsson’s score is stunning and not only fits the film but also works as a soundtrack in its own right, it’s one of the very rare soundtracks that I can listen to every track and think it’s all very good. Part of the reason why this score is so good is because it defies convention – for example, for a film set in Mexico, his score completely ignores typical Mexican cues and it really acts as its own character in the film. It’s a sensational piece of work. Luckily, the Academy listened and he got his second nomination – rightfully so!

Lovesong was Jóhannsson’s next project, an American drama film directed by So Young Kim. I haven’t seen the film yet to give an opinion.

Jóhannsson reteamed for the third time with Villeneuve for Arrival, an Oscar-nominated sci-fi starring Amy Adams and Jeremy Renner. I don’t think this film is as strong as some of Villeneuve’s others (although I’m in the minority as it was nominated for Best Picture) and I would say the same for the score again, which has some brilliant sections but it’s not consistent like his other works. His score was disqualified for Oscar contention as Jóhannsson had used a track by Max Richter, ‘On The Nature of Daylight’ in the opening and close of the film.

2017 was meant to be a big year for this mighty composer. Jóhannsson was scheduled to score both Denis Villeneuve’s Blade Runner 2049, a task he regarded as “an enormous challenge of mythical proportions” and to score Darren Aronofsky‘s latest film mother! in a departure from his usual composer, Clint Mansell. A Jóhannsson score for both of these films would have been sublime, particularly for Blade Runner 2049 as I believe he could have done an excellent job in rivalling Vangelis’ legendary work on Ridley Scott’s original. 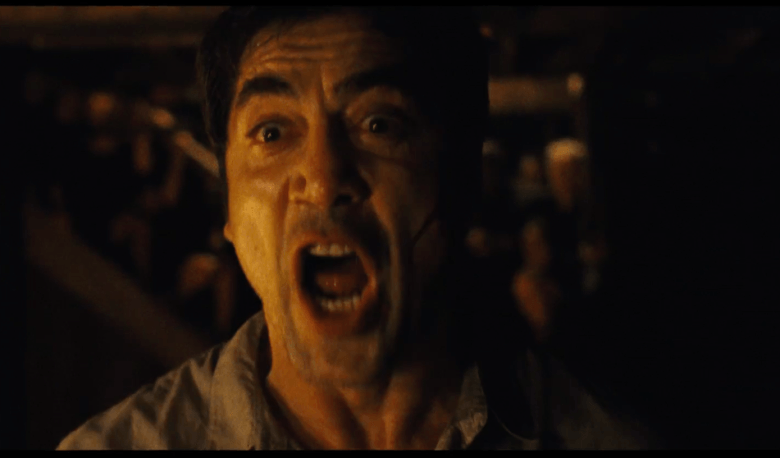 Late into post-production with mother!, Aronofsky and Jóhannsson came to the mutual decision that the film would work better without a score. Having seen and reviewed the film, I think the lack of score works and it only adds to the lack of order and coherence in its world that the film tries to portray. But I think the film could have done with some score in parts to really help the film flow better and give it more weight – particularly when you have Jóhannsson involved, to throw out a score is sacrilege! Jóhannsson remains credited to the film as a “Music and Sound Consultant”.

We’ll never know the full story with Blade Runner 2049 as Jóhannsson is contractually forbidden from commenting on the matter but he was suddenly taken off the film very close to the film’s release date and replaced with Hans Zimmer and Benjamin Wallfisch. Both Zimmer and Wallfisch are great composers and whilst I am yet to see the film, the score will likely be far more generic than anything Jóhannsson could have conjured up! Earlier this week, director Denis Villeneuve commented on the matter:

“The thing I will say is that making movies is a laboratory. It’s an artistic process. You cannot plan things. Jóhann Jóhannsson is one of my favorite composers alive today. He’s a very strong artist. But the movie needed something different, and I needed to go back to something closer to Vangelis. Jóhann and I decided that I will need to go in another direction — that’s what I will say. I hope I have the chance to work with him again because I think he’s really a fantastic composer.”

I do hope that this is true and the two of them came to the mutual decision so they can work together in the future. Perhaps Jóhannsson’s score was too experimental? It is also certainly strange that Jóhannsson cannot comment on the matter due to his contract but I think the way Villeneuve has phrased his answer is most diplomatic. We’ll never know and we can only imagine the great things Jóhannsson had came up with for the film.

So if you do get a chance to watch Blade Runner 2049 in cinemas, try to look at the film with a different perspective if Jóhannsson had scored this film. Would it have drastically changed the film? Ridley Scott’s original film has multiple cuts over time – should there be a Jóhannsson cut? This question might be a little crude but it’s certainly an interesting enigma, almost as fascinating as the film Villeneuve has inevitably made.

What’s next on the horizon for this composer? He’s got two films lined up (hopefully the situation with his two films this year won’t repeat itself). He will be re-teaming with James Marsh for his new film, The Mercy and will be working with Garth Davis, who directed Lion earlier on this year, on Mary Magdalene, both scheduled for release in 2018.