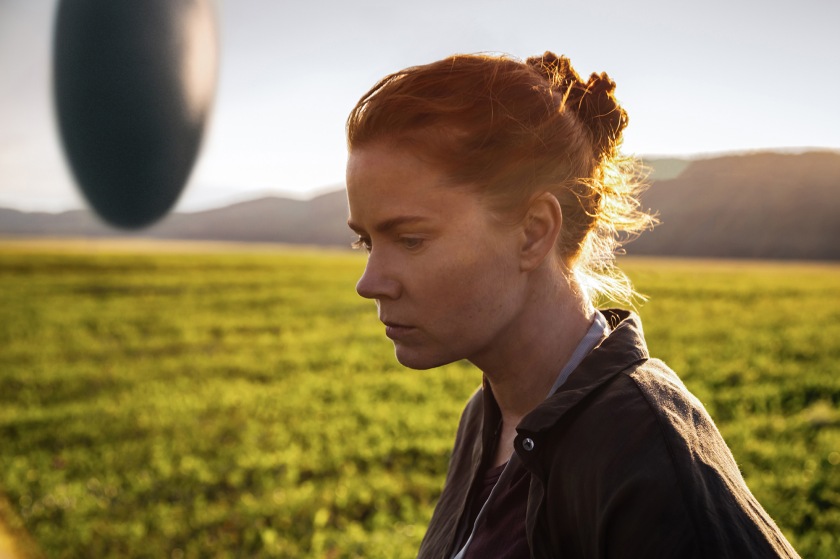 ‘Arrival’ is the latest effort by Denis Villeneuve, one of the most exciting directors working in the film industry today who has been behind two astonishing films – 2013’s ‘Prisoners’ and 2015’s ‘Sicario‘. ‘Arrival’ is his first venture into sci-fi and is an adaptation of Ted Chiang’s short story, ‘Story of Your Life’. Villeneuve has been selected to direct next year’s sequel to ‘Blade Runner’, a very prestigious gig, so ‘Arrival’ is an important milestone so he can demonstrate what he can do with this genre. ‘Arrival’ tells the story of leading linguist, Dr Louise Banks who is played by Amy Adams who is brought in to assist translating alien communication when twelve extra-terrestrial spacecrafts land in random locations across the planet. This is the second of two Amy Adams projects released a week apart to try and get her considered for Awards attention, the other being ‘Nocturnal Animals‘ and Adams seems to be promoting this film more as it’s received the better reviews out of the two and arguably is more accessible. Can Villeneuve continue to excite audiences with his originality and craft yet another memorable, masterfully executed film?

‘Arrival’ is masterfully constructed by Villeneuve and for its first two thirds  is particularly gripping. The performances are strong here too and yet again, Villeneuve’s team behind-the-camera do some good work. However, the film bites off a bit more than it can chew in its last third and although the film is still very interesting and original, it does begin to derail and struggle through towards its ending. I’m not going to go into spoilers as this is a film that needs to be watched blindly but I felt the film did leave a lot of questions unanswered and the ending does have a few plot holes to it. This is a film that warrants multiple rewatches so perhaps things will become clearer on subsequent viewings It’s a film that for a sci-fi is very low on action and big set-pieces – this is very much a thinking person’s sci-fi and is not too dissimilar thematically from films such as ‘Contact’ or ‘Close Encounters of the Third Kind’ for example.

The cast that Villeneuve has assembled for ‘Arrival’ is strong and Amy Adams makes for a great lead as Dr Banks who we follow throughout the film and we feel her frustration and determination to try and communicate with these extra terrestrial beings. She is joined by Ian Donnelly, played by Jeremy Renner, a physician and the pair try and find methods to try and find out what the aliens purpose is and to try and find out more about them. The vessel opens up once every 18 hours which is a window of opportunity for them to meet with the two aliens, nicknamed Abbott and Costello (after the famous 1940’s/50’s comedy duo) separated by a screen and try and decipher their writing and eerie sounds. I’ve been critical of Renner in the past but here he’s pretty good and is able to hold his own against Adams. Forest Whitaker is also very good strong here as a Colonel who brings these two individuals in to help make contact with the aliens and Michael Stuhlbarg is excellent here too but frustratingly is underused – I would happily watch him reading from a phone book, he is that talented.

The narrative is very original here too and as mentioned, for the first two thirds this film is gripping. Rather than settle for big-budget set-pieces or action sequences, ‘Arrival’ is instead more thoughtful and delves into the intricacies of language and what it means to be human and investigates humanities triumphs by being able to work together but also its flaws with violence and aggression. This perhaps is more effective than simply being an alien film as it resonates with the audience on an emotional level. I have already said that the film does derail in its third act and it does, rather flatly, strain towards its ending which offers a very interesting twist albeit one with some holes to pick. I will have to watch this film a few more times to make more sense of it and see how the whole film connects up now I know what its climax is but regardless, the film is very intelligent and I hope that this intelligence flows through to Villeneuve’s ‘Blade Runner’ sequel.

A Denis Villeneuve film wouldn’t be a Denis Villeneuve film without having a score by Jóhann Jóhannsson and once again, it is a very original soundtrack and is both atmospheric and subdued yet also utterly bombastic in parts. This is however his weakest score for me thus far as it isn’t quite as layered as ‘Sicario’ or as atmospheric as ‘Prisoners’ but it’s still very strong and original. Villeneuve hasn’t reunited with Roger Deakins for this film for its cinematography which is a bit of shame as Deakins is one of the very best in his profession but instead uses Bradford Young, another cinematographer who is slowly growing to become more and more talented and here is no exception. There are some shots which are simply awe-inspiring, particularly the first time we see the spacecraft and Young implores a tracking shot that slowly pans around the craft, demonstrating the sheer size and scale of this thing and is simply one of the very best uses of camera work this year. Young’s work is extremely promising here and hopefully he will continue to demonstrate his talent behind the camera in future films. Villenueve will however be reuniting with regular Roger Deakins for ‘Blade Runner 2049’ which should be exciting.

‘Arrival’ is ultimately a satisfying film that for its first two thirds is particularly gripping and although the film cannot sustain this in its final act, it does offer a satisfying, intelligent ending that is better in terms of ideas than execution. Villeneuve continues to prove that he is a masterclass director and is one of the very best talents working in the film industry today. Although ‘Arrival’ isn’t quite as good as some of his other efforts, the fact that he has consistency cements this status. I have full hope he can pull off a great ‘Blade Runner’ sequel, particularly with the talent that he has assembled both in front and behind-the-camera. As for Amy Adams, she’s had a very good year and has put in two great performances but I personally feel that ‘Nocturnal Animals’ is the better film, by quite some distance and it is a bit of a shame that she is going to campaign for this instead but this is ultimately the more accessible film and the one that has received better reviews. As for this film getting Awards attention, I don’t think it’s as strong as Villeneuve’s other work which was underappreciated by the Academy so it would be a little unfair if this film suddenly got a slew of nominations and other films that are better didn’t but in some technical categories, this film is worthy. If this film manages to creep in to the Best Picture category, it would be quite disappointing and it would be a undeserving winner if it did go on to win. But we’ll see what happens. Ultimately, ‘Arrival’ is not quite the knock-out from Villeneuve that I was anticipating and it does have its fair share of problems, but it is still extremely intelligent and I was totally immersed in this world for the first two thirds, just about earning a 4-star rating.