With Blade Runner 2049 out in cinemas and Roger Deakins’ spectacular cinematography within it, I thought now would be a suitable to list my favourite work of his. Deakins is one of the best cinematographers of our time, all of his works rich in memorable imagery and scope. To prove my point, Deakins still hasn’t earned an Oscar for his work despite being nominated 13 times, who along with George J. Folsey, holds the record for the most Oscar nominations for Best Cinematography without a win.  I’m hoping Blade Runner 2049 corrects this crime as he does some fantastic work again and it would be a nice amalgamation of his work if he were to win. Please note that I am not ranking the following films based on their quality, I am ranking them based on the quality of Deakins’ cinematography. Without further ado, here are my Top Five Roger Deakins-shot films:

I really, truly struggled on what to have as my 5th choice. I debated between Prisoners, Skyfall, Kundun and The Shawshank Redemption, I ultimately chose Fargo, one of two Coen Brothers’ films that feature on this list. Not only is Fargo one of their best works, a rich and darkly comic crime thriller with some fantastic performances, it is heightened by Deakins’ awe-inspiring cinematography that perfectly encapsulates the isolated community both through the characters that live within it but also its chilly climate. Out of the five films on this list, this seems as though it was probably the easiest film to shoot but Deakins does so much with so little and manages to attain the sense of a boring, bland habitat of America the Coens wanted to shoot this gem of a film on.

Deakins’ latest project sees him reteam with Denis Villeneuve (the first of two films directed by him on this list) and whilst I have some problems with the film on first viewing, I have no problems with Deakins’ cinematography at all. His work truly elevates the film and distinguishes between the macro and micro elements of the world created. A fight sequence in a theatre is particularly wonderfully staged as is a three-way sex scene. Every single shot by Deakins feels meticulously crafted throughout the film and there are many instances in the film where my jaw dropped in amazement. Deakins was the perfect choice to take over from Jordan Cronenweth’s work on the original and he takes respectful inspiration from him. Surely this must earn him the Oscar this year? (My review here) 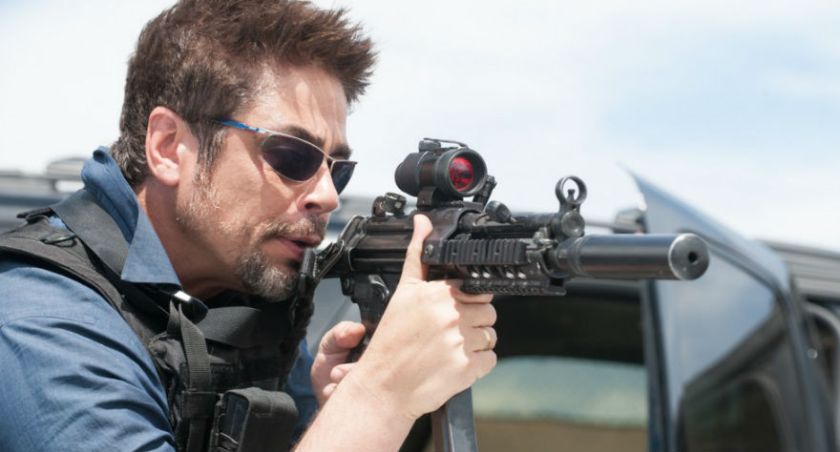 The second of the two Denis Villeneuve films on this list, Roger Deakins’ work on Sicario is sublime. The film contains some exhilarating action sequences to its merit, the highlight being Deakins’ shooting of what is possibly one of the most intense traffic jams in cinematic history and very creative use of night vision for an action sequence set underground. Deakins is able to distinguish between the binary oppositions of good and bad, light and dark, urban and rural, America and Mexico through his use of lighting and contributes to the panic-inducing, kept-in-the-dark feeling the film manages to sustain throughout its run time. For Deakins’ sake, it’s a shame that The Revenant was released in the same year which cinematographer Emmanuel Lubezki blew all the other nominees out of the water but any other year, Sicario would be a fine winner. (My review here)

2) No Country For Old Men

The second of the two Coen Brothers films on this list, No Country For Old Men is Deakins at his best. In this revisionist Western, Deakins beautifully contrasts the light and dark, both physically and metaphorically with the rich and vivid characters portrayed on-screen. There are multiple instances where Deakins’ work is just jaw-dropping, particularly in Javier Bardem’s scenes and an extremely intense shoot-out in a hotel and the surrounding vicinity late on into the film. 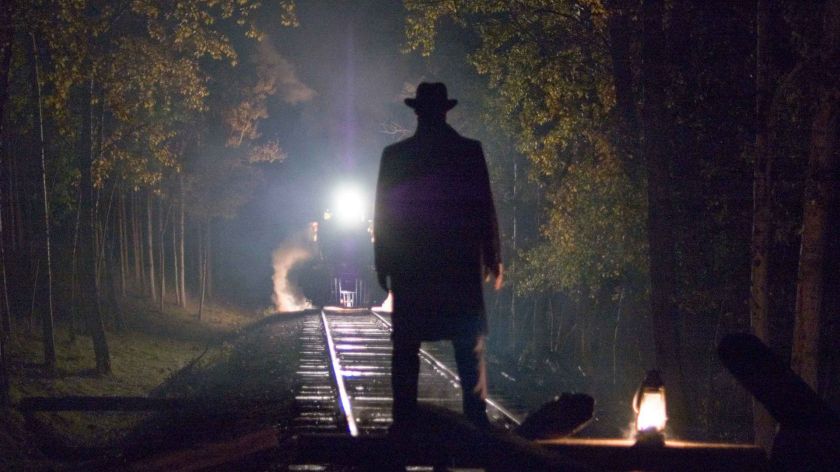 1) The Assassination Of Jesse James By The Coward Robert Ford

For me, there was never really any competition – my favourite Roger Deakins-shot film is The Assassination of Jesse James by the Coward Robert Ford. Deakins makes maxiumum effect of this Western period setting and his cinematography is dream-like. A train robbery sequence early on in the film at night is simply staggering and Deakins maximises and juxtaposes the use of lights (through lanterns and natural light) and shadows. It’s a very sensory and human experience. Deakins also makes use of his self-titled ‘Deakinizers’, blurred effects around the border of a frame by taking old wide angle lenses and mounting them onto other cameras which really help attain the period feel of the film. Both this film and No Country For Old Men were nominated for the Best Cinematography Academy Award but lost out to Robert Elswit for his work on Paul Thomas Anderson’s There Will Be Blood. This is the film that should have won and not only is the actual film incredibly underrated, this by far is Deakins’ best work.

So there we go, there’s my personal Top Five. It was an extremely tough task and there are a lot of other works of his that are fully deserving to be of mention. What are your opinions of his work? What are your favourite Deakins-shot films? Let me know in the comments or tweet @TheFilmMeister