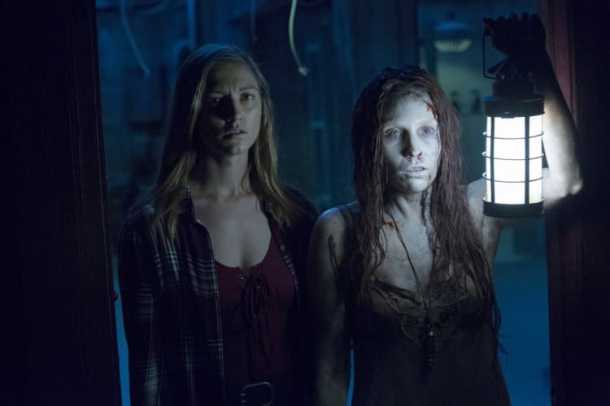 Insidious: The Last Key is the fourth installment in the so-far, very robust series spearheaded by horror maestro James Wan. Each installment in the franchise has been very solid so far – the first a great exercise in horror filmmaking with some memorable scares. I admired how well Wan ties up the narrative in the second film, even though the film did not recieve great reviews. Writer Leigh Whannell directed the third film, which is underrated, boasting some excellent scares and has a multi-layered villain who I weirdly empathised with.

This entry is directed by newcomer Adam Robitel, picked after his work on The Taking of Deborah Logan. Whannell remains on scripting duties and like with the third, Wan still produces so both pioneers of the series still have influence. The Last Key, narratively, is a sequel to the third film but is set before the first two films, which the back-end of The Last Key leads into. So in chronological order – 3, 4, 1, 2. This installment continues to follow Lin Shaye’s paranormal investigator, Elise Rainier, who investigates a haunting in her childhood home, a place that has caused her many pains.

Insidious: The Last Key begins with a powerful extended sequence which explores Elise’s difficult childhood and introduces her dysfunctional family. It’s quite emotive and her relationship with her father in particular is haunting, more so in fact than the rest of the scares in the film. And this is where the film faulters. It can never regain the same momentum that propels its opening and instead, resorts to cliche and its mechanical scares are dismally second-rate. There is a particular plot point which even threatens to undo the good work Robitel does in the opening.

That’s not to say the rest of the film is terrible. The main villain, played by Javier Botet, continues to prove why Botet is a key innovator of the horror genre and visually, he’s very impressive. It’s just a shame that his characterisation lacks the complexity of other villains in the series. There are also some good performances as well as Botet’s. Of course Lin Shaye proves again she is able to carry a film with such ease – without Shaye, the film would be far worse. Tessa Ferrer and Josh Stewart as Elise’s parents are excellent, as is Bruce Davison as Elise’s younger brother. Robitel also does a good job in directing the film. It’s clear he’s put a lot of effort and thought and the film flows quite well and he manages to do the best of poor material.

Unfortunately, other than these factors, the film is painfully average, in what has so far been an above-average series and the narrative that follows the opening is too familiar. What tips my verdict into the ‘Poor’ category however, is the lazy plot device introduced to sort the dilemma Shaye’s character finds herself in and also as a means of securing more sequels. Equally as offensive is the fact that the film, a film in the horror genre, it fails to do what it says on the tin, the scares obvious and mechanical.

Ultimately, Insidious: The Last Key is a big disappointment and is easily the worst of the franchise so far. However, the film isn’t a complete waste as its direction, performances and a powerful opening are to be admired but are nowhere near enough to mask the poor narrative and financial future-proofing the film leaves itself in. At least for a January horror release, typically notorious for the worst of the worst horror films to be scheduled for, Insidious: The Last Key is far from it, which perhaps was my greatest fear. Whilst deep down, I hope this franchise doesn’t go the way of Saw or Paranormal Activity in their endless sequels which continue to decline in quality, I suspect it will. This is a great shame, particularly like both aforementioned series, they all started out so well and Insidious did a better job in having at least two great sequels.

One thought on “Insidious: The Last Key (Review)”