Whilst 2015 brought us some fantastic films,  it is fair to say that 2015 hosted some of its fair shares of cinema atrocities too. Luckily, not as many 20 which is what I have in my upcoming favourites list, but listed below are 5 films that really got me seething. I must note before that I actively try and avoid films that I just know are going to be horrendous (a real film critic has to sit through everything though) so this list might not be truly representative. One must also realise the difference between a film that is disappointing and a film that is truly bad. I could probably find 20 films that disappointed me last year but this is not the purpose of this post. 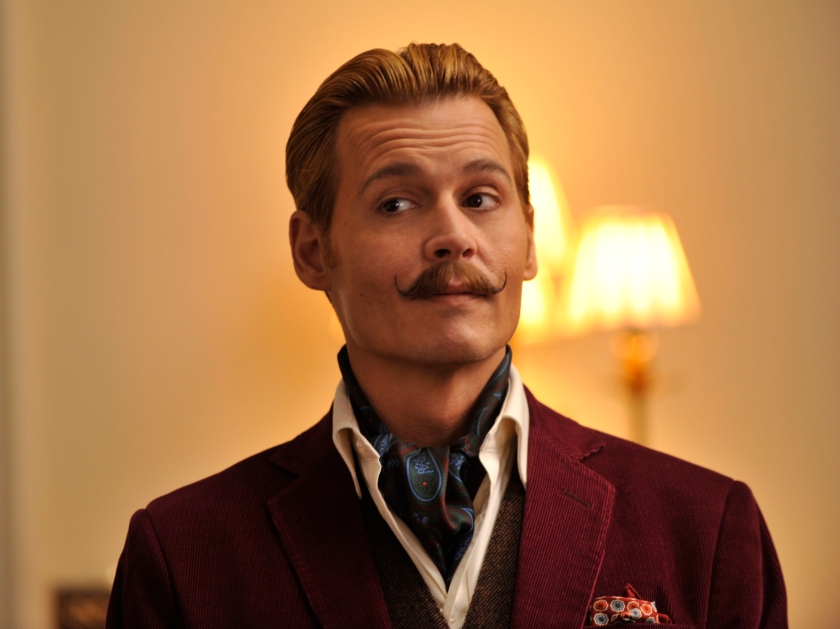 ‘Mortdecai’ came right at the beginning of the year and left a sour note that has remained all year. The trailers looked so promising and the whole cast looked as if they were having fun but what we got was a film that was aggressively unfunny, poorly paced and for a lot of the time, incredibly annoying. Johnny Depp tries his best here but he can’t help a doomed film – luckily he found a resurgence with ‘Black Mass’. Now with all this said, there is one thing going in its favour and it’s that the last 20 minutes or so picks up ever so slightly but it’s nowhere enough to save this failure. A real shame. 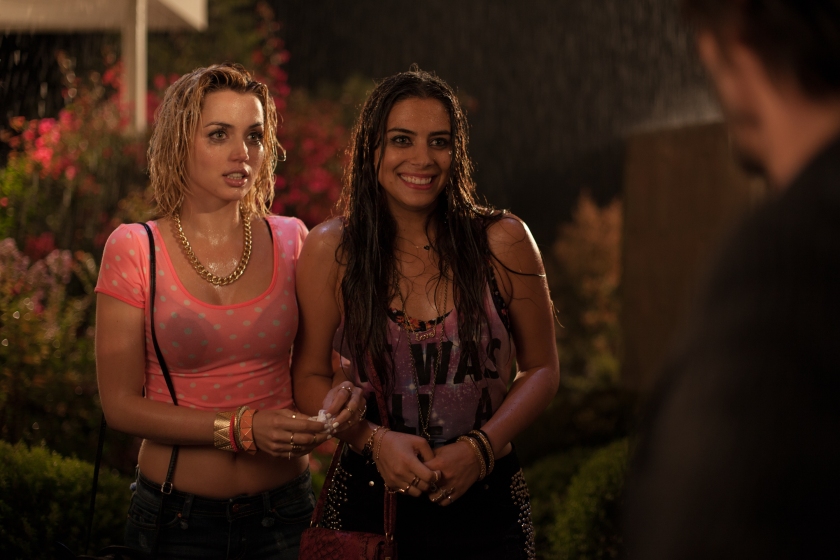 What on earth was Eli Roth thinking? 2015 saw the comeback of Keanu Reeves in the highly entertaining ‘John Wick’ but he is not forgiven for starring this film which is hammy and annoying. After a promising first 10 mins, the film then descends very quickly into a disaster and it seems as if that Eli Roth wants to let the audience know that he just discovered what paedophilia is. Truly annoying. 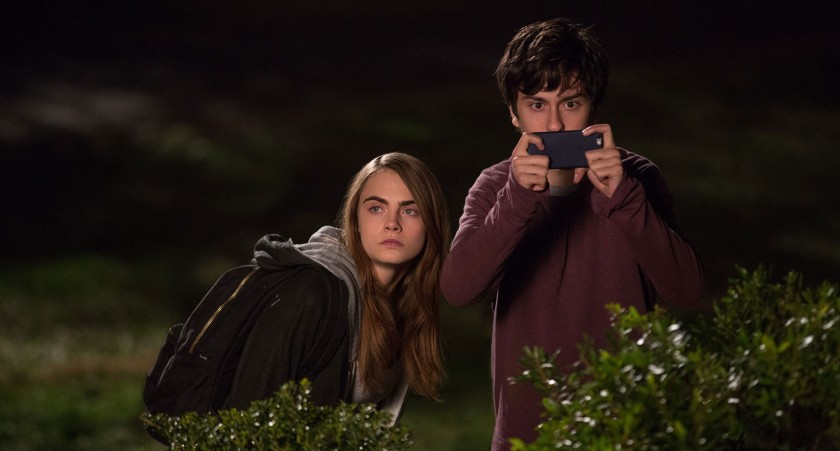 ‘Paper Towns’ is another adaptation of a John Green novel and I actually found quite a lot to like in ‘The Fault in Our Stars’. It was by no means great but this is just horrendous. The plot here is utterly implausible and Cara Delevigne’s acting is very poor. Her character is completely unlikeable and she comes across as needy and attention-seeking. A stupid film with an implausible story with bad acting.

‘Wild’ was not just a massive disappointment, it was pretentious filmmaking by Jean-Marc Valee that really narked me off here and it’s a shame as I was quite impressed with ‘Dallas Buyers Club’. Reese Witherspoon’s performance is horrendous and I can’t believe she actually received awards buzz for it?! The film is so badly paced, so boring and the characters are extremely unlikeable and undeveloped. Now Witherspoon’s character is developed but she’s just so unlikeable that I really didn’t care. 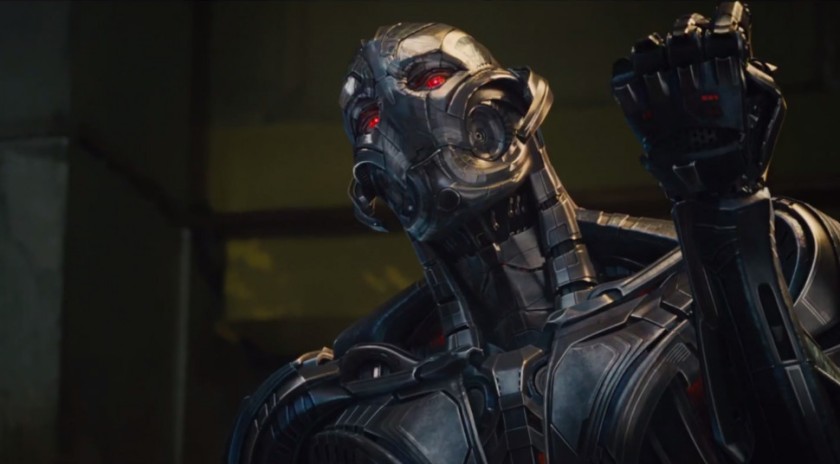 5) The Avengers: Age Of Ultron

I would never dream of putting a Marvel film into this kind of a list and I honestly tried all year to make excuses for this turd. I have rewatched it twice more after seeing it first in the cinema and this film just doesn’t improve – I have given it more than enough chances. There are some promising elements here and a couple of decent scenes but it’s not enough to compensate for god-awful action sequences, the fact that the film lacks a coherent story and all the film is aiming for is to set up future films. By doing this, they have forgotten to make a film. I really respect Joss Whedon and admired ‘Avengers Assemble’ so I feel really sorry for him. He did have to re-edit the film due to Marvel executives disagreeing with him (although not to the extent Josh Trank did with ‘Fantastic Four’) which I can feel some sympathy but regardless, this film is an absolute travesty.

The remake of ‘Poltergeist’ was not only a disappointment, but an extremely bad film. The film is not scary in the slightest, it’s mostly laughable and the story is paper-thin and utter claptrap. Sam Rockwell looks extremely uncomfortable playing in this film, Rosemarie DeWitt just can’t act and this is the first bad film I have ever seen Jared Harris play in. The script is beyond awful and cringeworthy.

How disappointing to have a film with both Will Ferrell and Mark Wahlberg be so bad?! I didn’t laugh once during this cringeworthy, disgusting film – it is crass, stupid and the characters are all infinitely annoying. The kids in this film are horrible and Linda Cardellini in particular manages to cement herself twice in this list with two dreadful performances. Sean Anders has proven multiple times he is incapable of directing a film and I thought last years, ‘Horrible Bosses 2’ was the final nail in the coffin. But it wasn’t, here he is again and he’s equally as annoying. A vile film. 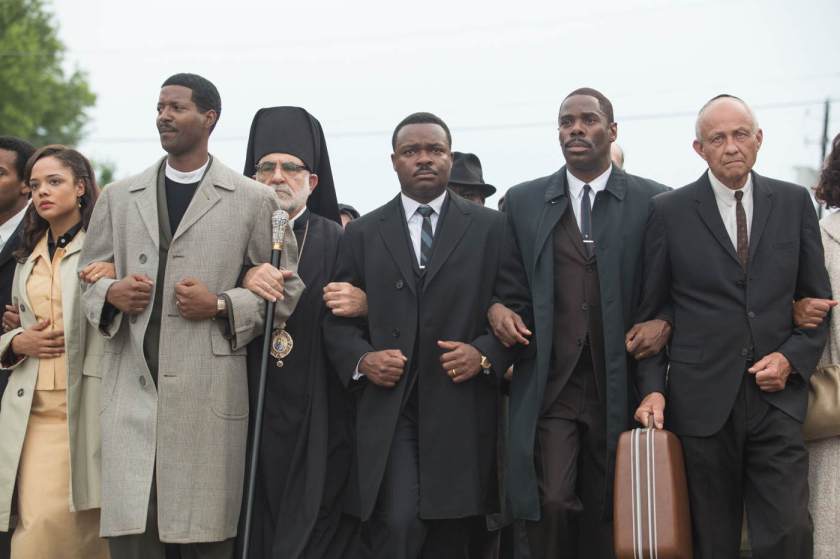 Surprisingly, another film along with ‘Wild’ that was commended among critics but I found to be absolutely dire. What I will say before completing ripping this film apart is that David Oyelowo’s performance is mesmerising but that is it. ‘Selma’ is excruciatingly boring, it is pretentiously filmed, it has some horrific performances from Tim Roth, Tom Wilkinson and Oprah Winfrey and it doesn’t help when the film drags on for 128 minutes. What’s even more perplexing is I am the only person who hates this film, it has near perfect reviews among critics and everyone has only good things to say about it. I just don’t get it.

Ever since the first trailer came out, I was very trepidacious about the film and then after finally watching it, it is an absolute stinker. However, I did have some hope as I have enjoyed everything that Joe Wright has directed and with a cast including Hugh Jackman and Rooney Mara, two of the best actors currently working in Hollywood. How could this have been so bad?! The film feels like an awful pantomime, it is visually disgusting and features awful performances from pretty much everyone in the film, in particular newcomer Levi Miller who I hope never gets work again and Garrett Hedlund as Hook. The story is completely incomprehensible and John Powell’s score is an absolute headache. A complete disaster and an embarassment for all involved.

So there we go – as mentioned, I’m sure if I would have actively gone and watched all the really bad films, this list potentially would change (although it would be hard to remove ‘Pan’, ‘Poltergeist’ and ‘Selma’ from here) but I didn’t. The fact still remains though, regardless of whether there is anything worse out there, this list is still a collection of flops. Fingers crossed 2016 ends up being as good a year as 2015 but also that there is nothing truly awful released. Luckily, the trend didn’t to continue in 2016 with bad Award-Nominated films – the worst one out of the crop was ‘The Martian’ which still was fairly watchable despite being very disappointing.

What are your thoughts? Was there a worse film than ‘Pan’? Let me know in the comments or tweet @TheFilmMeister